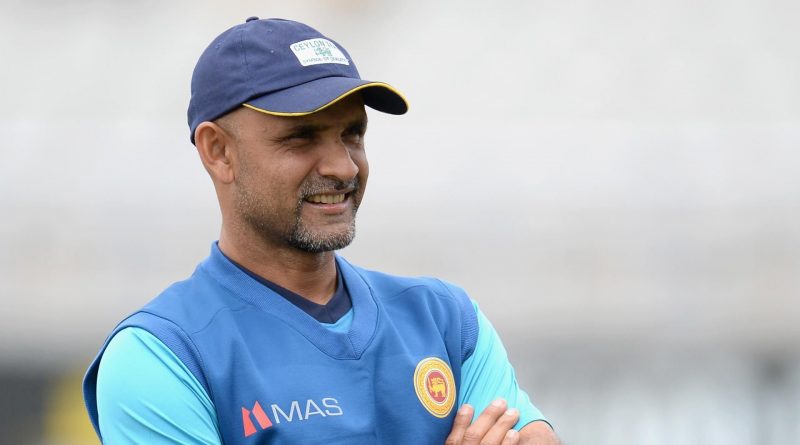 Former Sri Lanka captain Marvan Atapattu believes that it would be a crime to let go of Angelo Mathews at this stage of his career ahead of arguably ‘the three best years of his career.’ The elegant right hander also claimed that Sri Lanka’s cricket revival should start from school cricket. Atapattu made these remarks in an interview with Daily Mirror.

Q: Angelo Mathews seems to be one of Sri Lanka’s best batsmen, at least in Test cricket. As a coach who has worked with him, do you reckon his complete focus should in red ball cricket?

A: Well, I think first of all, he has to stop bowling. He is one of the very few batsmen who could take the pressure off. I am not saying he has the greatest technique in the world, but he has that mental ability to compensate for what he has in terms of technique. He is one of the best finishers when it comes to one day cricket. He is very level headed and he reads the game very well especially when he is batting. When someone hits their early thirties that’s when they perform at their best. So, it’s a crime, at this stage, but this is not just his responsibility, but also the authorities. Give him some support; make him understand that the coming three years are his best years in terms of batting. I certainly don’t think he should be restricted to one format; his career stats will speak for itself. It’s a matter of giving up his bowling. I know he has been pushed to bowl because we don’t have that balance in the team.

Q: There is a lot of talk about coaching at the minute. You yourself were Sri Lanka’s coach at a time. What are your thoughts on this?

A: Coaches work around what they have been given in terms of players; the national coaches whether it is me, Chandika (Hathurusinghe) or the one they have now, whoever he is. They only can do whatever they can with what’s given to them. For example, let’s say the best coach in the world is given a weak team like Kenya, he won’t be successful and the same way if the worst coach comes in and takes charge of the best team, they won’t be successful either. The coach can be supported in a certain way, but it’s not only the coach. There are various authorities who have to perform to be successful. It is very unfortunate that people are only after glory, they want to get the credit, forgetting that what they have to perform in terms of their responsibilities. There are two things, we should sort of keep away from all the differences. If you know something that can be done for cricket you don’t have to give it until you become the next president. The other is the committee. I was surprised to hear that one of the committee members – a former cricketer said – that it was good we went to England and it showed that England are number one and we are number nine. I think that, at least for people who played a bit of cricket that sounded very bad. Everyone has to get together and work for success, but it will take five, ten years.

Q: Your name has been used a lot to motivate young cricketers who struggle to find runs at the start of their careers. You had a tough start to international cricket and you came back strongly. That’s something everyone knows, but can you tell us how you handled the pressure of failure as a young man. In terms of batting what adjustments did you make going back to first class cricket and coming back to international cricket?

A: If you asked me this question, at the time I was scoring my zeroes, you would probably have got no answer. If somebody asked me at the time why I was scoring zeroes, I would have probably said, “I don’t know why it is happening, but somehow it is happening.” Now at the age of 50, looking back, I can only think it was because of how I managed to motivate myself to remain in the game. I think it was just the love for the game. Playing for Sri Lanka was my ultimate goal, but then I still loved the game. That’s what motivated me to play even after those zeroes I scored. The second thing is, after failing at international level, I went back to domestic cricket and runs started coming again. It was at this point I understood the gap between the domestic and international cricket; the standards were very high. Mainly, it was mental, and the other thing without knowingly, I somehow kept on concentrating on the technique. Later, with these motivators and gurus coming to the game, I heard that when you are in a difficult situation, forget about cricket, think of life, what do we do? We do the basics. Once you are pushed to a corner, the thing that comes to your mind is the basics.

Q: During your days as a player, Sri Lanka were quite dominant against India. Now there is a huge difference between the two nations. Apart from the domestic structure that everyone points finger at, what has been the reason for this?

A: I think not just India, but most of the countries. Even the West Indies, I mean you cannot probably compare what they had in the 1980s and 1990s, but most of the countries have worked according to a plan. They have their own systems and plenty of cricketers to make up for more than one team because of this system and planning is so good and they have reached that level. If you ask me what’s wrong with Sri Lanka, the immediate reply would be the domestic structure, yes. However, domestic cricket happens with the school leavers, but if the school leavers are not as good as what we used to see or in my case what we used to play against, then what do you think is going to happen to our club cricket? You’d still see a downgraded cricketer compared to an Englishman or an Indian. This has to start from school level I am saying Under 11, 13, 15 level – the cricketers have to have a good knowledge about technique, they have to have good coaches.