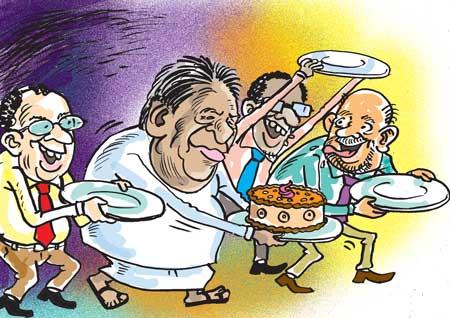 A certain state purohita the other day arrived in his Ministry housed in a building at a junction in the city to assume duties in the office at the auspicious time.

This state purohita elected from a distant district has a commendable record in politics and faces no allegations whatsoever.

The group of new secretaries appeared highly excited from the time they arrived at the Ministry. These people, in fact, had served under another purohita earlier and had been responsible for bringing him to disrepute.

No sooner the state purohita assumed duties than had these new secretaries begun making inquiries from the Ministry white-collar high-ups about matters like tenders, contracts and land alienation in various departments coming under the purview of the Ministry. Later, they had called at the departmental offices as well to get more details about these matters, they say.

If these new secretaries are allowed to have their way in the Ministry, the new State purohita may get into hot water soon, knowledgeable sources say.