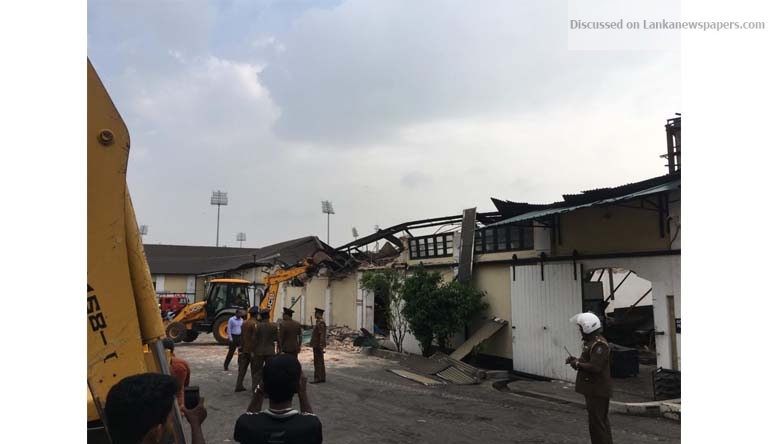 On February 14, a building of a private business establishment in Grandpass collapsed – claiming the life of the owner and six others. Four months after the tragedy, relatives of the victims staged a peaceful demonstration seeking justice for the lives lost.

News 1st is now in possession of CCTV footage of the above incident. This storage complex located down Babapulli Mawatha in Grandpass is owned by a private company involved in exporting spices and tea.

The wall of an adjacent building collapsed onto one of the buildings on that day. Seven people including the owner Taher Abbas Gulamhusein and six workers were killed in the incident. Another two employees were seriously injured.

On 09th of June 2017, a partner and shareholder of the said business Shabbir Abbas Gulamhusein passed away inside his office premises. Eight months later, his brother Taher Abbas Gulamhusein died after the building collapsed on him.

As a result, the relatives have serious doubt over the deaths and request the law be enforced and justice be meted out.