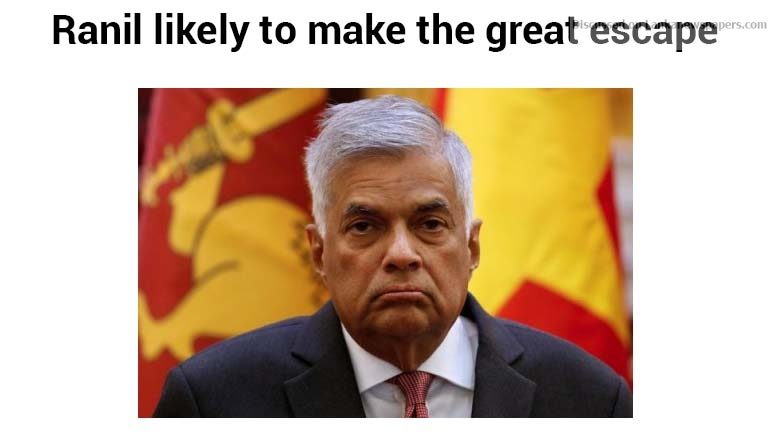 The SLFP parliamentary group, at a meeting with President Maithripala Sirisena, last night, at his official residence in Colombo 07, unanimously resolved to call upon Prime Minister Ranil Wickremesinghe to resign before the no-faith motion against him is taken up in Parliament tomorrow. Prior to his meeting with the SLFP MPs, President Sirisena held two separate discussions with PM Wickremesinghe and the UNP parliamentary group on the no-faith motion, also at his Pajet Road residence. Sources said the President’s meetings with the PM and the UNP group had ended inconclusively.

President Sirisena, warned the UNP MPs that it would be counterproductive for them to enlist the backing of the TNA to face the no-confidence motion. He agreed to meet them again today after talks with the SLFP MPs and the SLMC later at night and ACMC of Minister Rishard Bathiudeen this morning.

Minister Jayawickrema Perera told The Island that the UNP had presented to President Sirisena an 18-month development plan which it would implement if the no-faith motion was defeated tomorrow.

The SLFP’s decision would be conveyed to the PM at today’s Cabinet meeting, sources said. The President is expected to inform the UNP MPs of his party’s decision when he meets them today.

The meeting between President Sirisena and the SLMC delegation led by the party leader Minister Rauf Hakeem got underway last night following the President’s talks with the SLFP group.