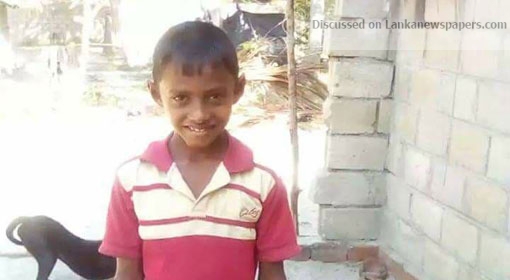 The suspect over the killing of the 10 year old boy at Iranawila in Chilaw was arrested at Nayaru fishing village in Mullaitivu today (04) according to Police Media Unit.

The suspect was identified as a 52-year old Jude Fonseka.

His body was later recovered from a jungle at Iranawila area in Chilaw, on February 27.

The autopsy revealed that the child was sexually assaulted and death was caused due to using some force on the head of the deceased.

The CCTV camera of a shop in Iranawila had recorded footage of the boy being accompanied by a certain unidentified individual on the day of his disappearance.

Following a search carried out by the villagers, the naked body of the boy was found this morning (27) inside a jungle in Iranawila.