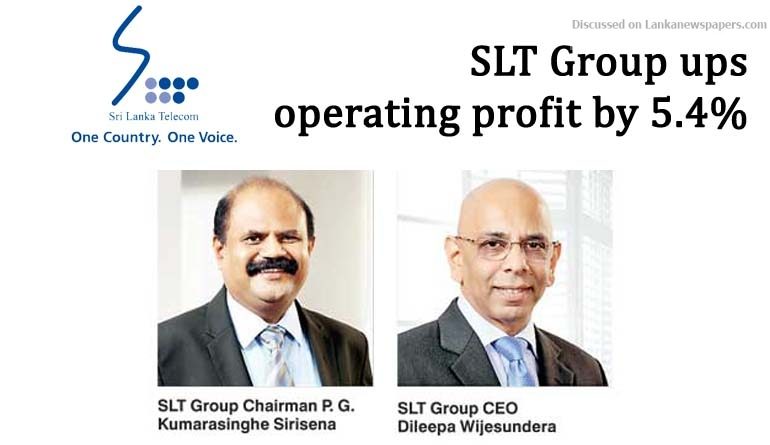 Sri Lanka Telecom (PLC) Group said this week its Operating Profit Before Depreciation and Amortisation (EBITDA) improved by 5.4% to Rs. 21.2 b as a result of revenue growth and minimum escalation of operational costs. It said in 2017 the Group reported Rs.75.7 b revenue with year on year 2.6% growth contributed by all segments, despite the challenges on mobile revenue due to indirect taxes levied on mobile usages.

As a result of several initiatives, the operational costs were reported at Rs. 54.5 b with YoY increase of 1.6%.

The Group profit after tax for the year 2017 was reported at Rs. 3.9 bn. Escalation of depreciation and amortisation has brought down the profit of the year too, by 17.7% YoY.