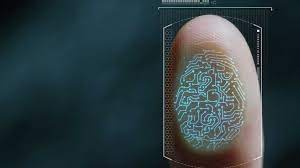 Sri Lanka is likely to see the national roll-out of the digital identity next year, providing every citizen with a unique identification (UID), potentially ending the endless time waste and hassles the citizenry and businesses undergo in their everyday dealings with the government and other service providers.

To this end, request for proposals are now being called from potential vendors and suppliers. Sri Lanka’s UID project has been 20 years in the making but the pandemic and faster digital transformation took place appeared to have accelerated the roll-out of the project, which will provide the backbone for all services, both state and private sector, which require one’s identity. For the first time under the UID project, it has gone to the extent of collecting biometrics, so that the identification of an individual has been made as easy as placing one’s thumb when entering the airport to board a plane, receiving services from a bank or obtaining a driving licence and all other state services, all of which is going to be made possible without having to carry any card or document.

Besides the fingerprint, face recognition and iris of the eye will also be scanned as part of biometric data.
Hence, what the citizens are going to get is “the most modern digital IDs in the world”, according to an official who works closely with the project.

The ID will be unique and secured in respect of one’s personal data to build the utmost confidence in the system for making it use for all virtual transactions and dealings without being present in-person or having to present physical documents, a state official spearheading the project said.

As the pandemic added a flywheel towards digitalisation, officials are of the belief that the digital ID, together with the digital signature, would further convenience the public and businesses alike to operate remotely and virtually in a seamless manner.

While the digital signature has been available since 2011, the country hasn’t reached its desired level of adoptability.

While the digital ID is aimed at making lives easier for the public and making doing business easier for enterprises, questions have been raised by certain quarters over its implications on the privacy of the information and data security. Some have even asked if the public should provide their private data to the state, which may be used for surveillance purposes in different situations. The Cybersecurity and Data Protections Bills have received the Cabinet nod and are awaiting parliamentary passage soon.