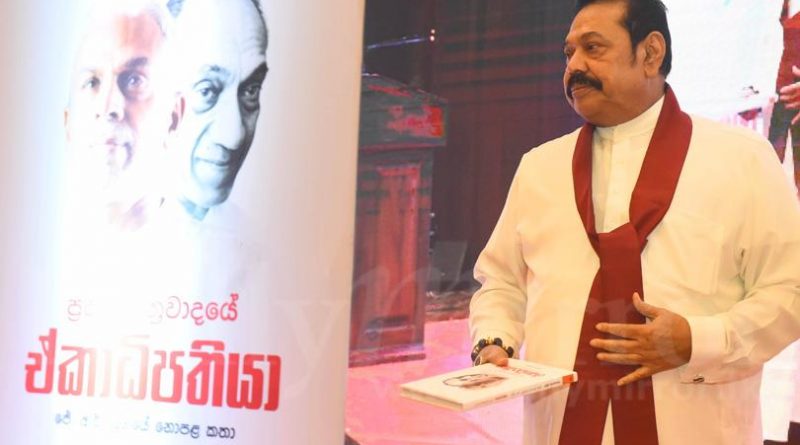 ‘Prajathanthrawadaye Ekadhipathiya’ (Dictatorship within Democracy), a book authored by Pradeep Jayawardane, grandson of the first Executive President, was launched at the BMICH on Tuesday. Another book titled ‘Elina Jayewardene’ which was authored by Sagarika Dissanayake was also launched at the event. Prime Minister Mahinda Rajapaksa and former president Maithripala Sirisena were present at the book launch.