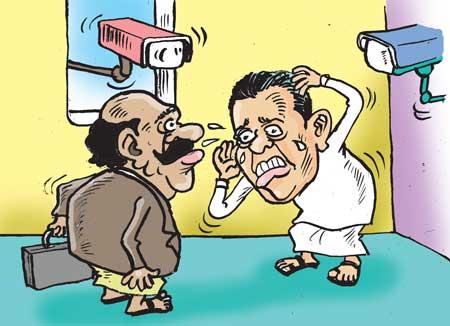 This politico from a district not very far from the city gained such wide publicity within days of the present regime taking office, his name has become a household word today.

His elder brother too had made a name in the area for the kind of activity the people talk about, but not in complimentary terms, of course.

The politico’s name is closely associated with prawns. It had also been mentioned often in the recent past in connection with a ‘villuwa’.

This politico these days is said to be phoning up the big-time businessmen as well as heads of companies and factories located in the area to ask them to pay him a courtesy call. When they meet him, he would make a certain demand telling them that they would be allowed to prosper if only the demand is suitably met!

The story about the demand being made to the business community has now reached the ear of the bigwigs in the regime and the politico’s ambitious plans are likely to blow up in his face, they say.