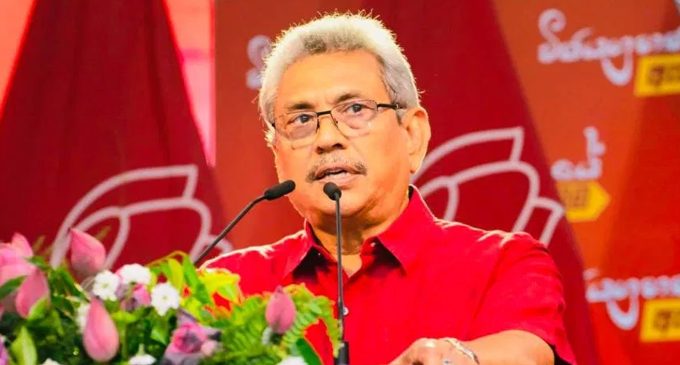 President Gotabaya Rajapaksa has decided to meet the people at the village level to give swift solutions to their grievances after witnessing the difficulties suffered by fellow citizens first hand, the President’s Media Division said.

In a statement, it said the President hopes to pay attention to the people in order to relieve them of their burdens with a correct understanding.

The Haldummulla Divisional Secretariat Division of the Badulla district has been selected for the first inspection tour. The public gathering will be held at Kumarathenna Vidyalaya, 100 Acre Village, Haputale on Friday, September 25 at 10.00 am.

The selected Haldummulla Divisional Secretariat has two Grama Niladhari Divisions where 222 families reside. Their main livelihoods are paddy, black pepper, Cinnamon and Chena cultivation. There are only 17 students receiving education at Kumarathenna Vidyalaya, the location of the public gathering.

While touring the country during the Presidential and General Election campaigns, the PMD said President Rajapaksa came to realize that people in remote areas suffer a great deal due to a number of long-drawn unresolved economic and social problems.

“Issues pertaining to livelihood, shortage of lands and houses, unavailability of undisputed deeds for lands, inadequate health and transportation facilities, shortages in school and other educational issues, inaccessibility to drinking and farming water, elephant intrusions, difficulty in selling their produce were some of the major difficulties identified.”

“The inefficient and lethargic attitude of the public institutions which are entrusted with the task of identifying and solving the issues of the rural communities is another prominent problem,” the statement said.

It said the President’s inspections visits to the villages are organized giving priority to the people and the expenditures relating to these tours are kept at minimum possible levels.

“It’s noteworthy to mention that no officials from Colombo will accompany him. When solving issues, public officials in respective area will be involved. People are requested to apprise of the President their grievances at these public meetings.”

“The objective of the initiative is to provide solutions for the public issues on the spot in every possible circumstance. The issues that would take time to solve would be noted down for future references,” it said.