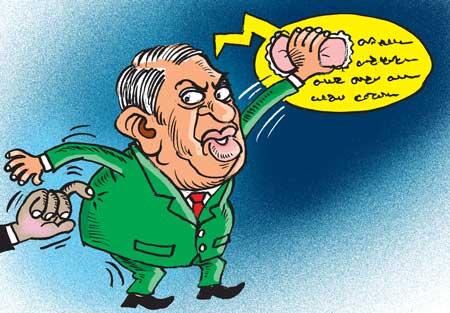 They had reportedly dwelled on certain provisions of the proposed new Constitutional amendment and their far-reaching impact on this country and theirs.

The diplomats had told their visitors how they may have to react in the worst possible scenario.

Following the talks, the minority party leaders, throwing discretion to the winds, had come out even with what was expected to be treated with strict confidence, in an interview given to media.

The diplomatic corps concerned found themselves in a highly embarrassing situation following the act of indiscretion committed by the minority party front-liners and they had to urge the latter to save the situation by sending an immediate ‘correction’ to the mass media.

The leader of the minority party who came under pressure from several other quarters as well, later said in a Twitter message it was correct that a delegation from his party that met the diplomatic corps in question  held a cordial discussion with them and what was reported in the media other than that was incorrect.

Thus, a possible major controversy that could involve a friendly country was averted, they say.