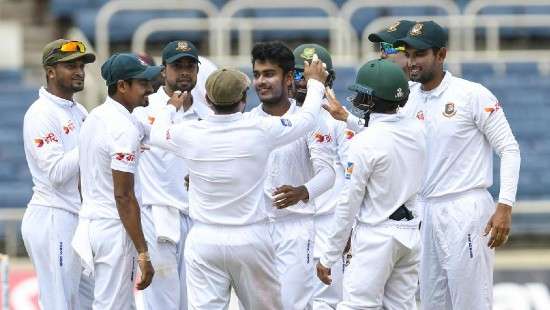 Sports Minister Namal Rajapaksa has asked Sri Lanka Cricket (SLC) to review the conditions presented to the Bangladesh Cricket Board (BCB) for the upcoming Test series in Sri Lanka.

It was reported on Monday that BCB officials had rejected the terms and conditions presented by SLC for the tour scheduled for October, particularly the 14 days of quarantine that would be required for the touring party.

Minister Rajapaksa tweeted last afternoon: “As we all know the #COVID19 pandemic is still at large globally, prevention measures are a high priority. However, given the significance of #cricket in the region, I have asked @OfficialSLC to consult the covid task force and reconsider the @BCBtigers matter.”

SLC CEO Ashley de Silva, while aware of the media reports, said the BCB was yet to officially communicate its position, also confirming that the Minister had given a directive to SLC to meet the COVID taskforce and reconsider the terms of contention.

“We have not have been informed officially and are waiting to see what their concerns are, but we have already sought a date with the COVID taskforce for a discussion,” de Silva said.

BCB Chairman Nazmul Hassan was quoted by Bangladeshi media as saying: “The proposal we received is… not even close to what we agreed upon.”

“Under these conditions, it is not possible for us to play the Test championship… This is not even close to what is being followed in some other parts of the world where cricket is being played during this time.”

“Our players have not been in training for seven months. If we can’t train… then it’s not possible to play a Test,” he was also reported as having said.

The tour is slated to be a three-Test series and was originally scheduled for July before it was postponed due to the coronavirus pandemic.

Sri Lanka have also had to postpone home series, against England and India, with fresh dates still to be finalized.