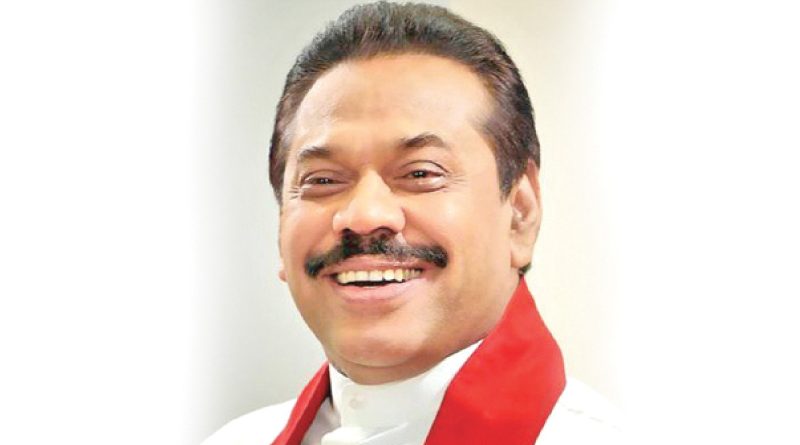 The 19th Amendment which was brought about to take revenge from us has now become a joke, said Prime Minister Mahinda Rajapaksa, addressing a public meeting in Wariyapola yesterday. (21).

“We need to win the election with a clear two thirds majority to amend the Constitution and it is the people who have the power to do it”, Prime Minister Rajapaksa said.

He was addressing a meeting in view of the upcoming General Election held at Sri Lanka Podujana Pakshaya candidate D.B. Herath’s residence in Kurunegala yesterday.

Expressing his views at this meeting the Prime Minister said, “Now the very people who drafted and presented this Amendment are saying they want to change it. Today the public is more aware of politics. Unlike in the past, people are more sensitive and have a better understanding. All of you know what the country’s situation was after we lost the election in 2015. During that five year period the country’s economy was completely destabilized.

The strong economic development that we had established came to a staggering halt. What the previous government handed over to us was a broken down debt ridden economy. Unemployment has increased due to the weak economy. During the past five years every sector showed serious weakness,”the PM said.

He noted that even if the presidential election was concluded, there was no possibility of dissolving parliament until the 4 ½ years was completed. “Even if we established a government, there was no way to move forward as the Opposition had the majority. Every time we tried to present an Appropriation Bill, the Opposition defeated it and we had to concede.”

During the previous government, Rajapaksa pointed out the situation when the President was from one party and the Prime Minister was from another.