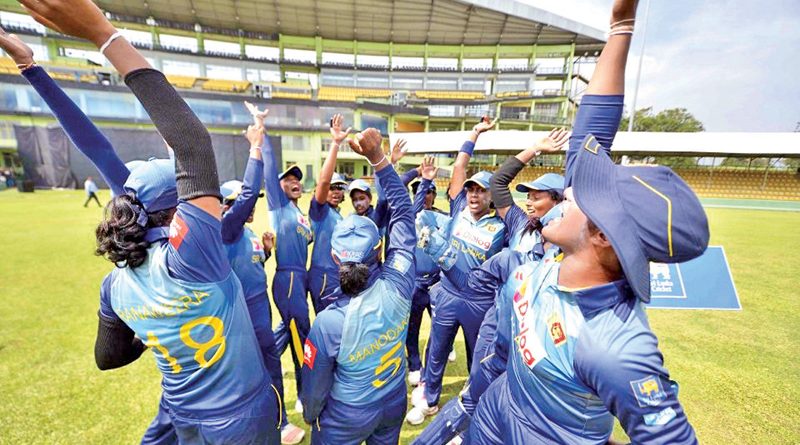 Weerasinghe, who is the current Emerging Coach of the Women’s Team is likely to receive the official letter of appointment this week, according to reliable sources from SLC.

This was after SLC decided not to extend the contact of Harsha de Silva who was in charge of the Women’s National Team for the past two years.

“Mahesh Weerasinghe has performed well as the Assistant Coach of the Women’s Team and we believe he has the potential to revive the game,” a top official of SLC revealed yesterday.

“The overall results at international level has dropped during the past two years and we think Mahesh Weerasinghe has the credentials to change that,” the source added further.

Initially, the 49-year-old veteran coach will have the tough task of guiding the Sri Lanka Women’s Team for the ICC 2021 World Cup in New Zealand.

In fact, Sri Lanka will need to finish among the top three when the Qualifying Tournament is held in Colombo later this year if they are to make it to World Cup which is scheduled for February.

Sri Lanka were set to compete along with Bangladesh, Ireland, Netherlands,

Pakistan, Papua New Guinea, Thailand, United States, West Indies and Zimbabwe before the event was called off due to the COVID-19 pandemic.

Weerasinghe was the Assistant Coach when the Sri Lanka Emerging Team lost to India Emerging Team by 13 runs in the Emerging Women’s Cricket Tournament final worked off in Colombo last year.

In addition, he was also the Assistant Coach of the Sri Lanka Under-21 Team which lost to the Bangladesh National Team in the South Asian Games (SAG) Women’s Cricket Tournament final in Nepal last year.

Weerasinghe has a huge amount of experience at domestic level as well having coached the champion Chilaw Marians Men’s and Women’s Team and several other school teams.