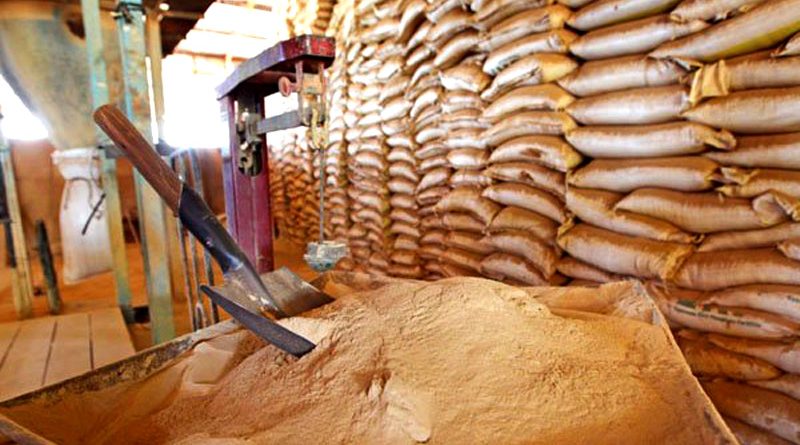 The Cabinet has approved a proposal from Agriculture Minister Chamal Rajapaksa to manufacture Phosphate Fertilizer at Eppawela aimed at Sri Lanka reaching self- sufficiency in paddy fertilizer.

Despite the proposal being submitted by Agriculture Minister Chamal Rajapaksa , the implementation agency for the project will be the Ministry of Industries and Supply Chain Management headed by Minister Wimal Weerawansa and the state agencies which come under it such as Lanka Phosphate Co. Ltd, Lanka Fertilizer Co. Ltd and Colombo Commercial Fertilizer Company Ltd, top official sources told the Daily News Finance yesterday.

annual expenditure of Rs. 11 billion ( US $ 57 Million- US $ 1= Rs. 190) in foreign incurred for the import of Triple Super Phosphate. With the Lanka Phosphate Ltd already manufacturing Nitrogen and Potassium Fertilizers for tea, coconut vegetables cultivations, it is envisaged that these two additional fertilizers, could also be manufactured here, which would mean that Sri Lanka could soon achieve self -sufficiency in paddy fertilizers, these sources said. The Eppawela factory of Lanka Phosphate is currently manufacturing 4,500 tonnes of Nitrogen and Potassium Fertilizers monthly but there is excess production capacity and there is the potential of going up to 7,500 tonnes a month, he said.

Meeting have been held between the officials of the Ministry of Agriculture and Industries along with the three Government owned companies – Lanka Phosphate Co. Ltd, Lanka Fertilizer Co. Ltd and Colombo Commercial Fertilizer Company Ltd, who have all expressed their consent to the project and willingness to invest as well.

The project would be commenced in around one year from now following the Environment Impact Assessment ( EIA) which is expected to take over 4 months, completion of tender document procedures and the import and installation of the requisite machinery. There will be also scope for export of the product to neighbouring countries such as India, Pakistan and Bangladesh and especially with the Northern deposits at Eppawela having sufficient stocks for the next 100 years, these sources said.

Another salient feature is that there are other deposits of Phosphate in other areas in the country other than at Eppawela and a future survey which would be done by the Geological Survey and Mines Bureau will reveal all that, these sources said.