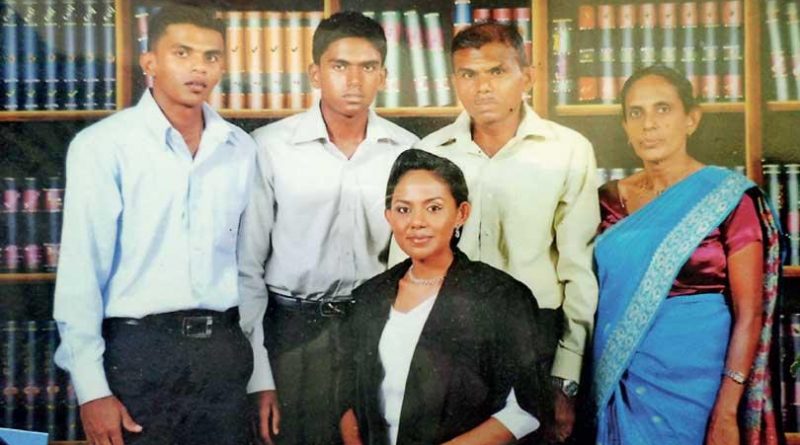 BATTLE BETWEEN LIFE AND DEATH

21-year-old J.A Pasindu Hirushan from Kamaragoda in Minuwangoda is a student attached to the Sri Jayewardenepura University (USJP) Management Faculty. After the freshers party on March 5, he had been ascending the staircase of the university playground pavillion when a group of seniors have sent a tyre downstairs. It had eventually hit his chest. What followed was Pasindu collapsing on the ground causing severe damage to his head. According to his father, the seniors were under the influence of alcohol.

“My son studied at St. Peter’s College, Udugampola,” said Pasindu’s father Augustine Silva. “I earned a living from farming. He passed O/Ls with flying colours and did A/Ls in the commerce stream. It was only my son and his friend who managed to get 3As from the school. He used to conduct tuition classes and was quite popular in the area. My wife passed away when Pasindu was preparing for A/Ls. He sat for the exam after the seven-day memorial service. I’m proud that he passed A/Ls with all the stress. He had been attending university since December 2019. He lived on rent and came home over the weekends. The week before last, he came home on Friday and left on Sunday. He said he would come back the next Friday but it was on that day we got to know about this ghastly incident. By the time we made it to the hospital, a surgery was already performed. My son had been talking to a friend on the phone when the incident had taken place. University officials said, as previous years, they granted permission for this party this time too. When questioned, they informed me that students brought alcohol undercover,” he said.

As Pasindu struggles on life-support, his father urges the President and Prime Minister to look into this matter and bring about stringent laws to end university ragging.

According to hospital sources, there is internal haemorrhage. “Doctors say even if he recovers, he will experience many side effects including loss of memory,” said Lakmal Silva, Pasindu’s brother. “Right now, he is paralaysed.” Sources confirmed that Pasindu was fixed to a machine and that he was in critical condition at the time this article was penned.