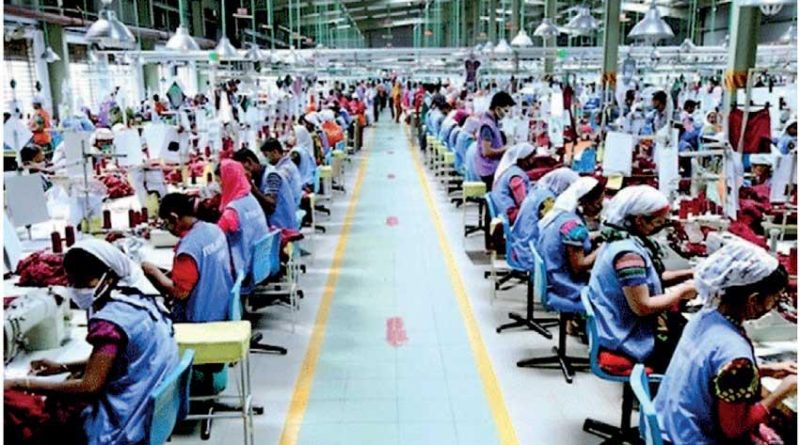 The local apparel sector, following a series of stakeholder consultations, has assessed that the immediate revenue loss for the industry due to the coronavirus (Covid-19) outbreak in China would be about US $ 510 million, which amounts to approximately a month’s value of apparel exports.

Speaking to Mirror Business on the assessed impact on the sector, Joint Apparel Association Federation (JAAF) Secretary General Tuli Cooray said with the industry expected to struggle due to supply chain derailment, from the month of March till June, the hit would be about 30 percent of the cumulative export values for the four months.

In 2019, the cumulative apparel exports from March to June amounted to US $ 1.45 billion.

“We are worried that the sector might not be able to sustain the US $ 5.3 billion exports we achieved in 2019. However, with regard to reaching of targets, it is not much of our concern at this moment of time. The concern is much about keeping the operations going on,” Cooray said.

The industry has estimated the loss based on the assumption there will be no cancellations in orders from buyers and in that scenario, the Secretary General said come May to August, the industry would be faced with a “tough time” of manufacturing the standard orders and the additional loss, which put together would be a burden.

However, Cooray said that the stakeholders are seeing a trend of losing certain orders, albeit not very significant.

Meanwhile, fabric supplies are expected to arrive from China by end-March and the challenge for the industry would be to have the production completed and delivered within the standard cycle of 1.5 months.

For that, Cooray stressed the need to be certain there are no setbacks whatsoever in both, clearing the supplies and shipping the finished goods.

“The clearance point needs to be very smooth; there can’t be any hiccups. We need to make sure the goods are delivered just in time. Similarly, there cannot be any delays in Sri Lanka customs.

Once China starts their production, they will catch up. Suddenly the whole thing will funnel here; those systems will be a restrain. We don’t want that,” Cooray asserted.

He also shared that the overall costs would increase, specially on the logistics side, due to the cancellations of routes from China to Sri Lanka.

With the increase in demand for freight from China expected in the coming weeks, the charges that have already gone up are expected to increase further.

Exports to other markets such as Canada, the United Arab Emirates, Australia and Japan also grew at a comparatively faster pace.

Despite the loss of work due to the delays in importing the raw materials from China, the apparel industry has said that it would pay its workers the April year-end bonuses as expected.

Currently, a number of garment factories are out of work, due to the lack of fabrics to feed into the manufacturing cycle, which has put companies in a tough situation of having to pay salaries with no output.

With the months before the Sinhala/Tamil New Year being the busiest and an opportunity for workers to earn more with overtime (OT), this year, it is said while salaries will be paid, OT would be trimmed.

“Companies will have to pay the basic (salaries); there is no question about it. They will have to cut down the overtime. I am sure they will continue to pay the bonuses. That is the confirmation we got,” said Joint Apparel Association Federation (JAAF) Secretary General Tuli Cooray.

Previously, as reported by Mirror Business, some factories are exploring the option of halting the operations for a few weeks while some are even considering only resuming work after the Sinhala/Tamil New Year holidays.