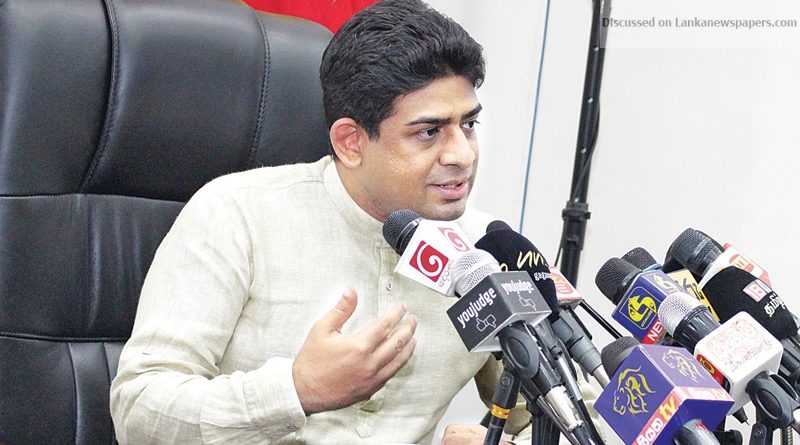 While saying he could not further tolerate the hostility shown to him by the UNP, Foreign Affairs State Minister Wasantha Senanayake said that he had no intention of continuing politics with the UNP and its existing members even if Sajith Premadasa wins the presidential election.

“I will take some crucial decisions tomorrow and day after as well in my future endeavours,” he said addressing a news briefing.

Besides, Minister Senanayake showed video footages of MPs Rishard Badurdeen, Rauf Hakeem and M. A. Sumanthiran who came to his residence to persuade him to join with UNP. “These MPs who represented as party leaders urged me to join UNP and work with them as usual,” Minister Senanayake said.

“If these ones will continue to come to my house insisting me not to leave the party, I will not even open the door for them,” he added.

He said although he left the party, he would not quit from active politics. “I don’t think that the UNP’s leadership would change in the next 10 to 15 years and go back to the principles of my great grandfather, late Prime Minister D.S. Senanayake.”

Meanwhile, he said he had no intention of campaigning for Sajith Premadasa, not because of any issue with him but the people who were around him.

“I presume that if Sajith is accompanied by the same individuals who are around him in the run-up of the presidential election, he would definitely lose the presidential race leading to the victory of SLPP presidential candidate Gotabaya Rajapaksa,” he added.