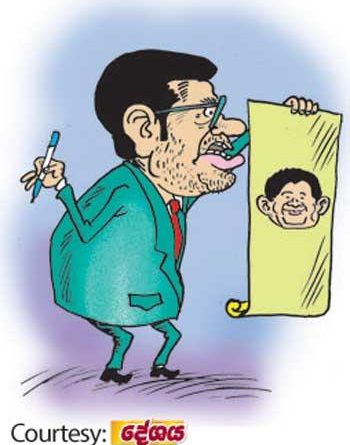 A group of Punchi Dasa loyalists had begun collecting signatures for a letter requesting the party leadership to nominate him as the party candidate for the upcoming big poll.
Some front row purohitas, after signing the letter requested the friendly members to sign the letter without delay. Meanwhile, a young Diyawanna politico elected from the Colombo district who is known to be vying for a deputy office signed the letter after a careful study of the names of those who had already signed it.
After signing the letter, he had made a beeline to an important mansion and left it after participating in a ‘six-ear’ conference.
In the meantime, the signatories to the letter had begun receiving telephone calls from the party’s top man informing them that what was happening behind his back was no secret to him.
Several Green stalwarts who signed the letter have now stopped discussing the matter saying that chances are that anyone could be a spy, they say.