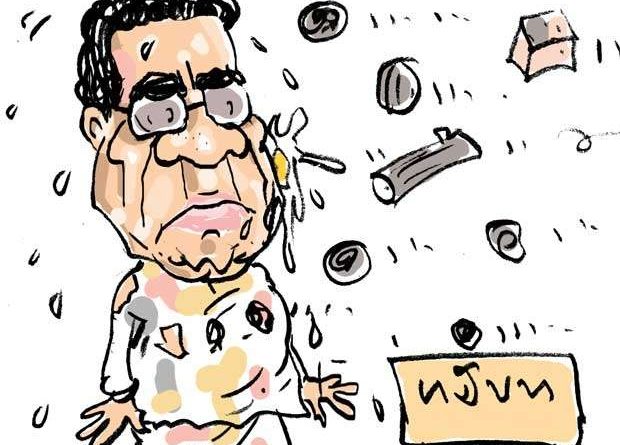 Gemunu from Ruhuna who had been making newspaper headlines ever since shifting his roost to Kelaniya was forced into political wilderness with the advent of yahapalanaya. However, the man continued to steal the limelight from time to time resorting to some publicity gimmick or other.

His latest stunt was to join forces with the Green diehards who have pitched camp at Temple Trees poised for a do or die battle to protect their leader..
Gemunu, after a few days of wining and dining with the Greens at Temple Trees had gone round his onetime haunts in the Gampaha district to say howdy to old friends and some prominent monks. While on this round, he had confided in them that he was being inundated with requests from the Green high-ups to contest in the district on the Green ticket at the general polls round the corner. He had even told some Green Diyawanna members from the district that no less a person than the party leader himself had wanted him to come forward as a party candidate.
Meanwhile, some Green seniors who had heard about the claim being made by Gemunu, had met the Green leader to tell him that they would not support Gemunu if he were fielded as a party candidate at the coming polls. This objection had put paid to Gemunu’s latest ambition, they say.