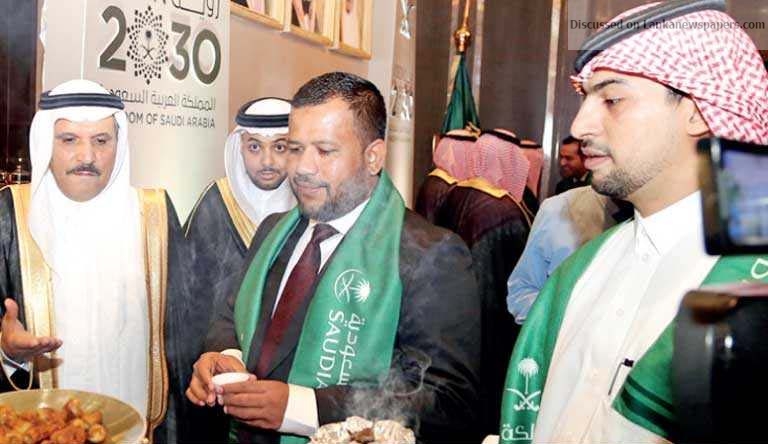 The Kingdom of Saudi Arabia (KSA) now stands as the largest employer of Sri Lankans outside of Sri Lanka and has committed $ 300 million for Sri Lanka’s development projects.

“Relations between KSA and Sri Lanka are excellent and are based on mutual respect and joint cooperation. KSA commits to projects in Sri Lanka through the Saudi Fund for Development,” said Ambassador of the Royal Embassy of Saudi Arabia in Sri Lanka Abdulnaser H.O. Al Harthi on 25 September, addressing the 88th National Day celebration of KSA in Colombo. Harthi was joined by the Minister of Industry and Commerce of Sri Lanka Rishad Bathiudeen and many other visitors.

“I wish to recognise the support and solidarity extended to Sri Lanka by the KSA in the multilateral fora.  KSA stands as the 23rd import partner in the Sri Lankan market while Sri Lanka is ranked as the 82nd import partner in the Saudi Arabian market. In the last three year period from 2014 to 2017, Sri Lanka’s total trade with Saudi Arabia was around $ 215 million annually. Sri Lanka’s major export to Saudi Arabia has been Ceylon Tea. Last year Ceylon Tea exports to Saudi Arabia was at $ 27 million, accounting for 36% of the total exports to Saudi Arabia. We believe that there is great trade potential between both countries that have not been exploited and it is now time that we should exploit this potential jointly.”