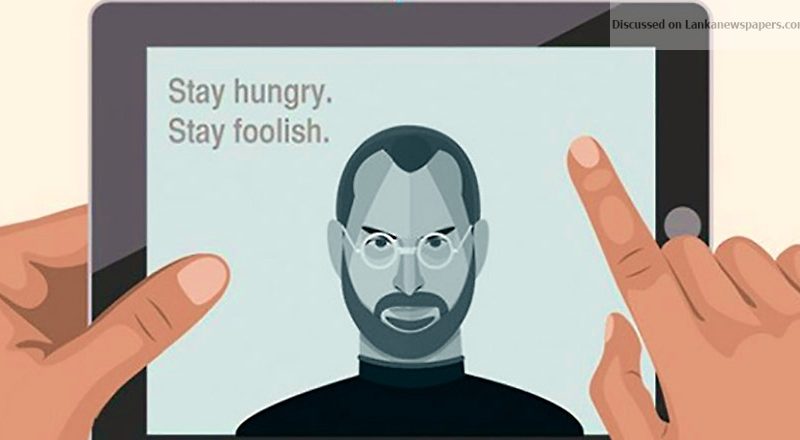 As people around the world wondered if innovation at Apple had stopped with Steve Jobs, we want to share with you a snapshot of the genius’s life. How did Steve Jobs start? His life story is not a straight line, but more like a winding path. From his early years it’s clear that Jobs had no grand plan in the beginning. His search for himself took Jobs through India, Buddhism, psychedelic use, attempts to become an astronaut and start a computer company in the Soviet Union. However winding his path at time, Jobs did find inspiration and creativity in himself at certain periods of his life. If there is a pattern of creativity and genius that his life can reveal, here is his timeline.

Keep Looking, Don’t Settle Steve Jobs summarized his guiding principle in life in 2005 at the commencement at Stanford in a talk titled “How to Live Before You Die”. He said, You’ve got to find what you love. And that is as true for your work as it is for your lovers. Your work is going to fill a large part of your life, and the only way to be truly satisfied is to do what you believe is great work. And the only way to do great work is to love what you do. If you haven’t found it yet, keep looking. Don’t settle. As with all matters of the heart, you’ll know when you find it. And, like any great relationship, it just gets better and better as the years roll on. So keep looking. Don’t settle. And One More Thing “Sometimes life hits you in the head with a brick. Don’t lose faith,” said Steve Jobs.

Jobs encouraged the author to talk to his former girlfriends, enemies, and employees he fired. Why? Throughout the biography, Jobs’s brutal honesty comes across. Somehow it co-exists with his ability to hype things up. Jobs is not trying to make you like him. But he really wants you to care about what matters to him. One of the first things we learn about Jobs in the book is that he himself studied biographies of his heroes. Polaroid co-founder, Edwin Land, impressed on him the importance of people who understood both the humanities and the sciences, creating something at the intersection of the two. He just that. Friends from the early days shed light on how Steve Jobs acquired his “reality distortion” – he perfected two skills: staring a person in the eye, and practicing long periods of silence. Combining showmanship, technical knowledge and salesmanship, he became a true hybrid.

The biography manages to show Jobs this multi-dimensional personality, with his many contradictions on full display: he does primal scream therapy, audits physics classes at Stanford, grows apples on a commune farm in Oregon, and wants to dedicate his life to spirituality. Conflicted, he unleashes his erratic management style on his many loyal employees at Apple. Once fired, he soul-searches again and comes back a new man, the one most of us know about. The story doesn’t end here. Four years later, another biography Becoming Steve Jobs came out to challenge what some people thought was an incomplete picture of Jobs’ personality. While Isaacson’s book focused more on personal life, Becoming Steve Jobs by Brent Schlender chronicles the business decisions and products.

To understand how Steve Jobs’ role in the history of computers fits with others like Bill Gates, Steve Wozniak, Paul Allen, Tim Berners-Lee, a comprehensive look at the the entire timeline from Isaacson The Innovators by Walter Isaacson will put Steve Jobs’ legacy into context. Movie directors made many attempts to capture Jobs’ complex persona on screen. The most successful of them is Pirates of Silicon Valley (1999). Even though Jobs himself disliked the script and the director, he liked the acting of his character and personally reached out to him. The latter two movies Jobs (2013) with Ashton Kutcher and Steve Jobs (2015) with Michael Fassbender are generally incomplete and non-chronological.