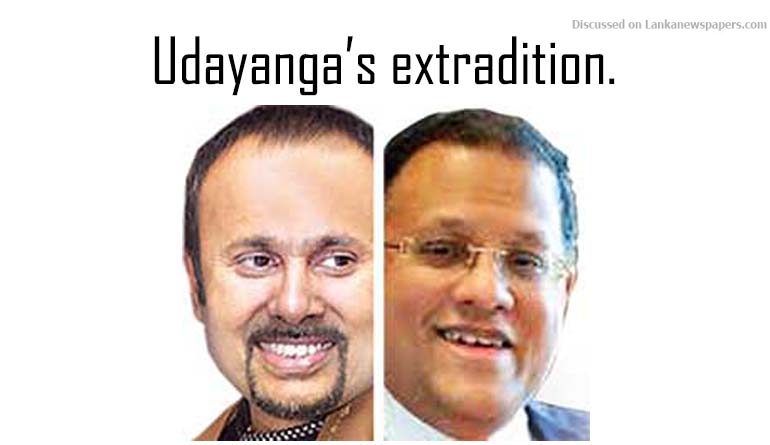 Sri Lanka has presented a strong case to Interpol as regards its efforts to have former Sri Lanka Ambassador to Russia and Ukraine extradited in connection with the ongoing judicial inquiry into the wartime acquisition of MiG 27s, according to highly placed sources.

The Attorney General’s Department has furnished necessary papers to Interpol through the Criminal Investigation Department (CID).

Sources said that the Attorney General’s Department was in the process of preparing relevant papers in respect of its bid to secure the extradition of former Central Bank Governor of Sri Lanka, Singaporean Arjuna Mahendran believed to be in Singapore.

PTL owner Mahendran’s son-in-law Arjun Aloysius and the then PTL Chief Executive Officer (CEO) Kasun Palisena are in remand over their alleged involvement.

Sources said that Interpol had recently sought clarification from Sri Lanka as regards its extradition requests soon after Mahendran and Weeratunga had, through their lawyers, sought the vacation of Interpol Red Notices issued on them. Interpol has accepted interventions made by those wanted by Sri Lankan courts.

Sri Lanka court issued an arrest warrant on Weeratunga on Oct 20, 2016. Weeratunga was detected on Feb 4, 2018 when he attempted to leave the UAE. Although, UAE declined to hand over Weeratunga, Sri Lanka has been able to prevent the former non career diplomat from leaving UAE by successfully seeking Interpol intervention. Sri Lanka has formally dispatched extradition papers in respect of Weeratunga, sources said, adding that in the case of Mahendran, too, extradition papers were being drafted.

By the time the Attorney General’s Department took over treasury bond scam inquiry from the three member Presidential Commission of Inquiry (PcoI), Mahendran had left the country.

There had never been travel restrictions whatsoever imposed on Mahendran since the first treasury bond scam committed on Feb 27, 2015 and it was reported to the Commission to Investigations Allegations of Bribery or Corruption (CIABOC) within weeks after the fraud.

Singapore hadn’t so far confirmed whether Mahendran was in its territory. However, the Attorney General was proceeding with the readying of extradition papers on the basis Mahendran was taking refuge there.

Mahendran had to be in Singapore as his departure would have been certainly registered in case he left Singapore legitimately. Sources asserted that the government was pursuing its efforts to secure their extradition as quickly as possible to face charges here.