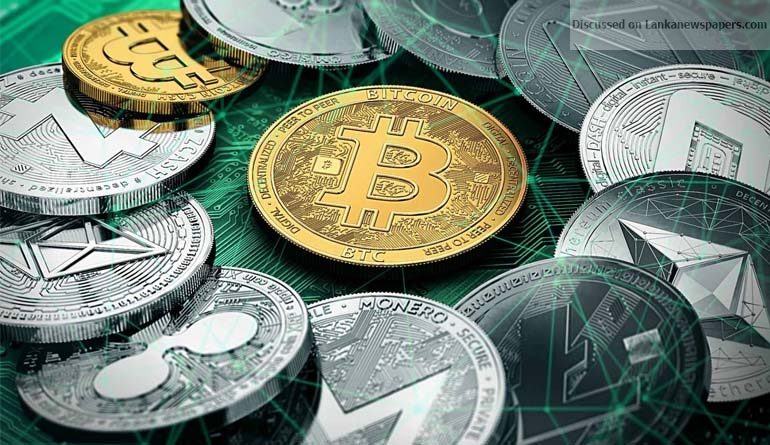 Sri Lanka’s central bank has warned the public on the use of ‘virtual’ or ‘cryptocurrencies’, private currencies which are competing with the state, some of which have so far been stronger than depreciating and hyperinflating fiat money issued by centralized authorities.

The central bank said they are risky and their use could fall foul of anti-money laundering laws.

“Due to the absence of a centralized authority such as a Central Bank to guarantee the value of the currency and regulate transactions, there is no recourse in the event of any user or transaction related issues or disputes.”

After the US dollar went off the gold standard, ending the guarantee of repaying the value in a useful material (gold convertibility) the world has been forced to accept rapidly inflating fiat paper money from central banks.

So called cryptocurrencies such as Bitcoin have evolved in recent years with an expectation of their inflation being limited by computing power and the energy cost of ‘mining’ or producing such a coin, as opposed to central bank money which can print money in unlimited quantities by instantly by purchasing Treasury bills to create high inflation and currency collapses.

“The value of virtual currencies is dependent on speculation and is not backed by an underlying asset or a regulatory framework,” the central bank said, which prints money through so-called ‘provisional advances’, without even a paper Treasury bill backing rupees.

“Due to this, virtual currencies may demonstrate major volatility.”

The expectation of the architects of some of the crypto currencies was that the virtual money will be stronger than the unbacked paper fiat money issued by central banks, which generate high inflation due to the lack of restraint by the issuing authorities, and the lack of recourse when their users make losses, analysts say.

Sri Lanka’s rupee for example has collapsed from 131 to 155 units against the money issued by the Federal Reserve since 2015. But no one can be prosecuted under existing law the losses imposed on bank deposits and salaries.

Even before Sri Lanka’s 1990s monetary reforms, no one was prosecuted for weakening the currency, despite the central bank being obliged to preserve the ‘external value’ of the rupee by the then existing law.

At the moment central banks of Venezuela and Iran are issuing hyper-inflating currencies making people destitute. But there is no legal recourse for citizens of either country.

Some crypto-currencies such as Bitcoin have shot up (appreciated) against the US dollar and other fiat currencies due to high real demand, since their creation, which economists say seems show that they are behaving more like speculative assets rather than a true currency.

Before state-owned central banks were built, generating high inflation and currency collapses, the best usable currencies issued by free banks were selected by the people through a process of currency competition where ‘bad money’ was progressively eliminated.

While crypto currencies are also going through a selection process through the market via currency competition, they are only a few years old. Analysts say some will certainly fail the test and all of them could also fail.

Like central bank money, virtual currencies also do not have any intrinsic value unlike specie money.

One of the biggest risks to crypto currencies comes from central banks and government authorities who want to shut them down to eliminate competition, analysts say.

Private competitors to the Fed, such as the Liberty Dollar have been shut down on various pretexts. The creator of the Liberty Dollar was charged and convicted of ‘counterfeiting’ though his currency was stronger than the US dollar.

Cryptocurrencies have however become popular fast and has not collapsed quickly as expected by central banks and authorities at first, and many governments have been wary of shutting them down for fear of a public backlash, according to observers.

Some authorities are also trying to shut down cryptocurrencies claiming they are being used for illegal activities, though in the US and elsewhere dollar a widely used for criminal activities as well.

Sri Lanka’s central bank also said virtual currencies may be used for illegal activities and to may be used to circumvent anti-money laundering laws.

“…[T]here appears to be a high probability of virtual currencies being used in illegal activities,” the statement said.

“Further, though unintentional, their usage could amount to breaches of anti-money laundering and combating the financing of terrorism (AML/CFT) laws.

“Therefore, cryptocurrencies, in the present form, may pose significant risks in terms of financial, operational, legal, customer protection and security related risks to their users as well as to the economy.”

“It is hereby notified to the public that CBSL has not given licence or authorization to any entity or company to operate schemes involving virtual currencies, including cryptocurrencies, and has not authorized any Initial Coin Offerings (ICOs).”

In some countries cryptocurrencies may be against foreign currency or legal tender laws.

Many counties have killed off gold and gold based currencies by charging sales taxes or value added tax on conversion. The EU has lifted value added tax from bitcoin, making them competitive. (Colombo/Mar16/2018)