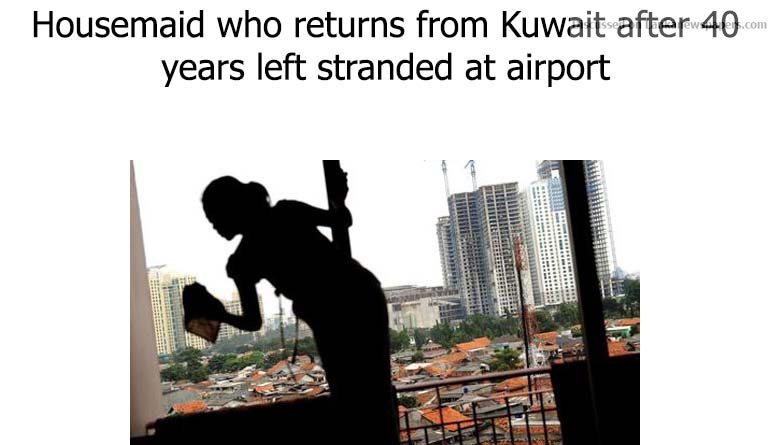 A 72-year-old woman who returned to Sri Lanka after being employed in Kuwait for the past 40 years was reportedly left stranded at the Bandaranaike International Airport in Katunayake.

The woman, with no money or property belonging to her, did not have any relatives or guardians to receive her at the airport yesterday (15).

She was then directed to the ‘Sahana Piyasa’ welfare centre of the Sri Lankan Foreign Employment Bureau at Katunayaka.

Pinnaduwage Gunawathie, a resident of Ambalangoda area, had worked as a housemaid for 40 years in Kuwait, even during the Gulf War.

Without any savings or property to her name, she had been sent back to Sri Lanka by the detention centre of the Sri Lankan Embassy in Kuwait.

Officials at the Embassy in Kuwait had not taken any action to pay her war compensation or wages for her service, said the spokeswoman at the Sri Lanka Bureau of Foreign Employment.

Since no relatives have showed up to take custody of the woman, officials are looking in to directing her to an elders’ home of the Department of Social Services.