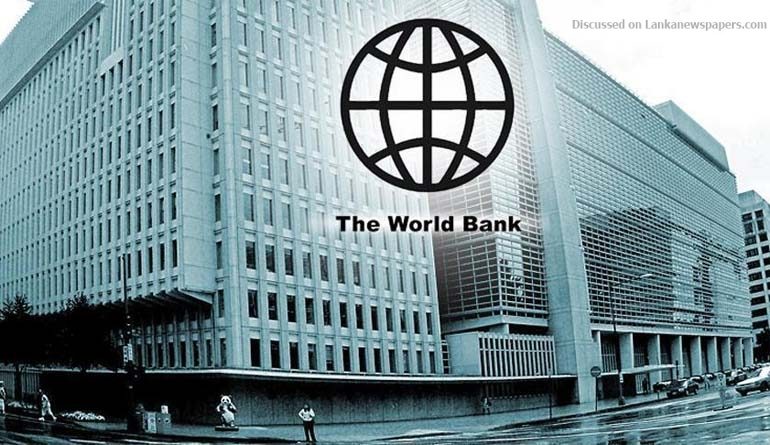 The World Bank says Sri Lanka’s economy will rebound in 2018 with annual growth averaging 4.5 percent in the medium term, driven by private consumption and investment but warned against delaying reforms.

“The economy will rebound in 2018 and the outlook remains favourable, provided the government is committed to the reform agenda of improving competitiveness, governance and public financial management.

“Together with the IMF programme, these reforms will add to confidence and support fiscal consolidation efforts,” it said.

Inflation is expected to stabilize at mid-single digit levels this year.

However, the upward trend in oil prices may exert some upward pressure. Sri Lanka’s rupee collapsed in 2015 and 2016 after the central bank printed money, from 131 to 150 to the US dollar, but oil prices also fell at the time.

With oil prices rebounding the effect of the currency collapse will now pass on to the economy when prices are adjusted, analysts say.

The external sector will continue to benefit from tourism and GSP+ preferential access to the European Union, despite slowing remittances growth, the World Bank said.

The overall fiscal deficit is projected to fall in the medium term, supported by the on-going implementation of revenue measures, but there were risks.

“Sri Lanka faces several challenges that increasingly put its future economic growth and stability at risk, which must be addressed through macro and structural reforms”, the World Bank warned.

Broadening and simplifying the tax base and aligning spending with priorities will help the government stay on course towards fiscal consolidation, it said.

Mitigating the impact of reforms on the poor and vulnerable with well-targeted spending was critical for the success of reforms, the report said.

But slow growth in key countries that generate foreign exchange inflows to Sri Lanka in terms of exports, tourism, remittances and FDI, could put the economy at risk.

Steeper than expected global financial conditions would increase the cost of debt and make rolling over the maturing Eurobonds from 2019 more difficult.

“However, the enactment of the Liability Management Act will help mitigate this refinancing risk,” the bank said.

Faster than expected rises in commodity prices would put pressure on the balance of payments and make domestic fuel and electricity price reforms more difficult.

Analysts however say the rising prices of one import will have no effect on the balance of payments, unless imported oil is subsidized with bank credit which in turn will be re-financed with central bank credit (printed money).

In 2015 and 2016 the Sri Lanka slammed into a balance of payments crisis, despite collapsing oil prices, due to money printing. When oil prices are raised, domestic oil users have to forego another purchase, keeping the external sector in balance.