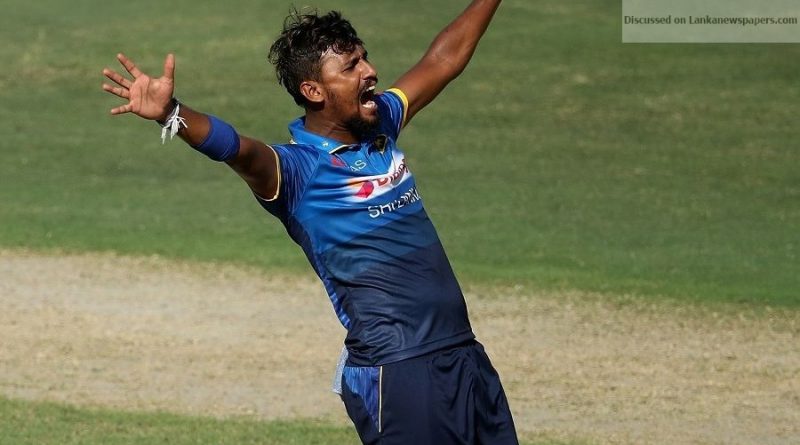 Fast bowlers Nuwan Pradeep and Suranga Lakmal have returned to the Sri Lanka T20 squad after recovering from injuries, but wicketkeeper-batsman Niroshan Dickwella has been omitted in favour of Dhananjaya de Silva for the upcoming tri-series at home.

Legspinner Jeffrey Vandersay, who was with the T20 team in Bangladesh, was also left out, with Sri Lanka naming just two specialist spinners – Akila Dananjaya and Amila Aponso – in addition to Jeevan Mendis, the legspinning allrounder.

Apart from Dickwella’s omission, Sri Lanka retained the bulk of their batsmen from the Bangladesh series, which they had won 2-0. Kusal Mendis is likely to open the batting again. Now that Kusal Perera is back, however, there is competition for the top spots, with Upul Tharanga and Danushka Gunathilaka also vying for places in the top three.

The senior fast bowlers’ return to fitness meant that Sri Lanka also have a strong attack. Where in Bangladesh the quicks were inexperienced, Lakmal and Pradeep will be expected to provide control and reliability, while Dushmantha Chameera – if he plays – is a faster, more attacking option. Left-armer Isuru Udana was also in the squad.

De Silva’s selection was something of a surprise, given his mixed performances in past T20 internationals. He was in good touch in the Tests against Bangladesh, however, and hit 55, 0 and 42 in Sri Lanka’s club-based T20 tournament over the past few days.

Angelo Mathews, Asela Gunaratne and Shehan Madushanka were all unavailable through injury.

The Nidahas Trophy begins on March 6 and will be played exclusively in Colombo.