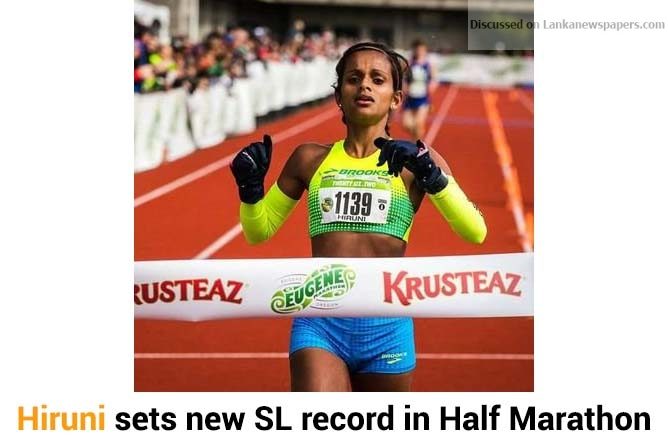 Hiruni who clocked 1 hours 17 minutes and 34 seconds four years ago in 2014, renewed her own personal best by more than three minutes here to set a new SL record.

Earlier in the year she clocked 2 hours 36 minutes 35 seconds (a SL record) and she qualified for the forthcoming Commonwealth Games in April.

Hiruni’s first major SL representation was at the IAAF World Championship 2017 in London where she had to give up the race midway on the difficult course. Since then the determined athlete has improved dramatically, lowering her personal best by almost 7 minutes in the marathon and now three minutes in the half marathon.