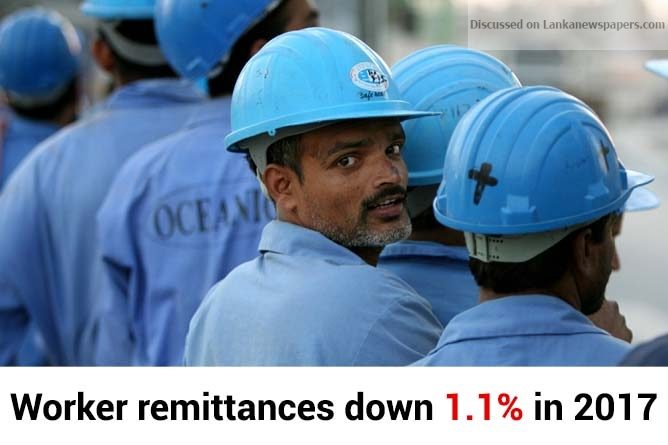 Worker remittances have been Sri Lanka’s largest foreign exchange earner and the country’s balance of payment has been highly dependent on the income generated by migrant workers.

The sector is also one of the largest employment providers to address the national unemployment and poverty issues prevailing in the country.

According to the Ministry of Foreign Employment, Sri Lanka’s total foreign employed workforce increased 26 per cent to 1,189,359 by December 2016 from 942,729 in 2015.The latest Fiscal Management report issued by the Ministry of Finance highlighted that the remittance inflow from housemaids had declined, while earnings……from mid-level and unskilled employment had increased during the past few years.