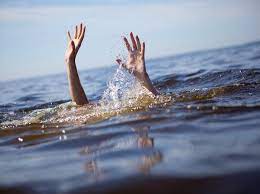 At least seven persons including a 20-year old woman and her 2-year old baby girl drowned and several others were hosptalised while bathing in Peradeniya, Mullaittivu and Kuruwita on Sunday.

Police said a group of persons who had come to bathe in the Mahaweli River in the Kalugamuwa area in Peradeniya had drowned on Sunday evening.

Residents of the area rescued a man and a boy and admitted them to the Gampola Hospital while three persons including a woman and her little girl had gone missing after drowning.

The body of a 20 year old man was recovered and the Police lifeguards, navy and locals launched search operations for the missing persons who are residents of Kandy.

Meanwhile, three persons who were bathing in the Mullaitivu beach on Sunday evening also have gone missing after being caught in a current. Residents found the body of one person while two others age 27, residents of Vavuniya had gone missing.

Police said that one of the four persons who were bathing in the Gerandi Ella falls in Kuruwita had gone missing on Sunday.