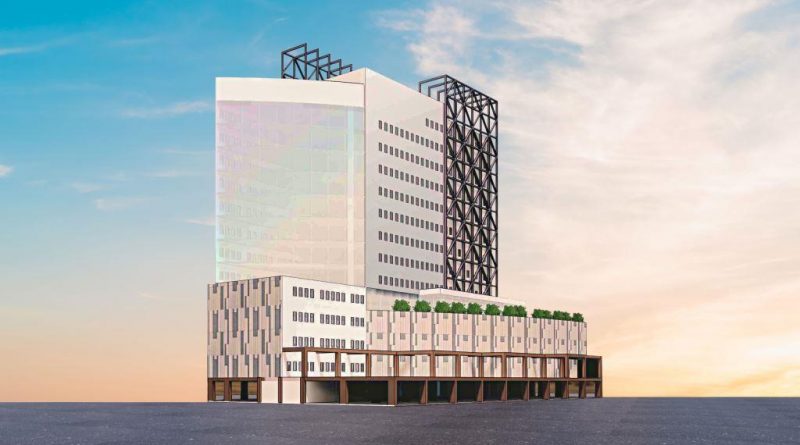 Sri Lanka’s railway system transports essential goods and freight, serves thousands of daily commuters, and forms an island-wide transport network that benefits millions of Sri Lankans. Colombo Fort and Maradana are at the heart of the country’s suburban railway network and service the majority of rail transport within the Colombo Metropolitan Region (CMR). This network also covers the four major corridors leading into the capital – the Main Line, Coastal Line, Kelani-Valley Line, and Puttalam Line, with a track length of around 230km that accommodates over 100,000 passengers per day.

Maga Engineering has been awarded the contract for the design and construction of a new Railway Operation Headquarters (OHQ) and Train Control Centre (TCC) at Maradana. The project is a component of the Colombo Suburban Railway Efficiency Improvement Project (CSREIP) implemented by the Ministry of Transport and funded by the Asian Development Bank (ADB). Expected to be completed by July 2023, the new complex is part of a project that will make significant improvements to efficiency of the existing railway operations, while addressing key bottlenecks in the network and improving sustainability of operations.

Valued at LKR 3 billion, MAGA’s scope of work includes design and construction of the new complex, which will feature 13 floors and cover a total floor area of 212,856 square feet. The building will provide essential modern office space, auditorium and meeting facilities, common areas, accommodation and recreational facilities and parking for over 100 Sri Lanka Railways (SLR) staff. The building will also house a high-tech Train Control Centre (TCC) that manages train movements and signaling, while ensuring safe and timely operations of trains. The TCC will be equipped with all the modern Information Technology (IT) facilities and features necessary to monitor and manage a modern rail network.

The new complex will come up at the SLR premises located alongside a bend of the railway track running to the Maradana station. The design draws inspiration from the surroundings and the railway network itself, blending locomotive history with modern technology to come up with a structure that is instantly notable and historically distinct. Designed by OENS Design Studio and MAGA’s design team who have a wealth of green building experience, the new complex will feature a number of sustainability features that offset its energy footprint, and bring a modern, smart, and iconic new addition to Colombo’s skyline.

Commenting on the launch of the project, Project Director of MAGA Mr A. Thiruvalluvar noted; “despite challenges due to the pandemic, we have mobilised an expert project team who have extensive experience in the design and delivery of large-scale public infrastructure project such as this. With the support of our client and project consultants, we are well positioned to complete this project on schedule and deliver yet another national landmark that will prove a much-needed upgrade to Sri Lanka’s urban railway network and public transport system.”

Maga Engineering is Sri Lanka’s largest construction company and a key partner in developing the nation’s infrastructure. Over the last three and a half decades, MAGA has delivered lasting social infrastructure in education, healthcare, transport, leisure and commercial sectors, spanning a built-up area of over 21 million square feet, a road network of 4000km and water schemes providing drinking water to 3.5 million residents.