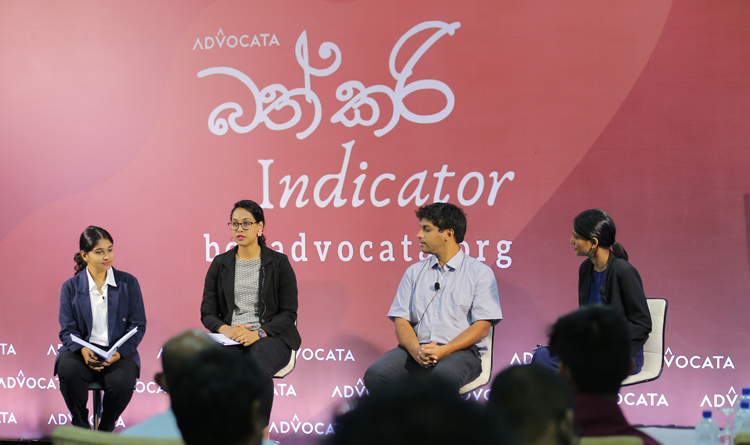 Advocata’s latest policy product tracks the average retail prices of a basket of goods and provides an indication of how much prices have changed over time. With the use of such tools, anyone including policymakers and politicians alike has access to track price fluctuations. This could enable anyone to see if policies have direct or indirect effects on food. Which is an essential item and can have a direct impact on the food consumed by households. The indicator launch was held at the Tulip Hall of the BMICH on the 7th of April 2021 and was live-streamed on Advocata’s Facebook and YouTube.

The newly launched Bath Curry Indicator tries to provide such a policy direction while highlighting the importance of the affordability of food. Around 35% of household expenditure is on food and drink. Therefore the Indicator is a tool to see how policies coming into effect directly or indirectly impact food prices. Naqiya Shiraz, a research executive at the Advocata Institute spoke about the rationale behind the Bath Curry Indicator by commenting that the BCI “represents any average Sri Lanka household. The items are Samba rice, beans, pumpkin, tomatoes, brinjals, coconut, green chillies and fish. Therefore it is important to understand the decisions that impact the prices of goods.

According to Economist Deshal De Mel, “The idea behind the BCI is that in Sri Lanka the cost of living is a concern. The inflation in Sri Lanka has been of single-digit levels for the last two years but it is still a concern for the public. So Advocata’s Bath Curry Indicator is similar to the ‘Big Mac Index’ by The Economist. It is simplistic and real.” Rehana Thowfeek Zain (Economic Researcher and Blogger) was of a similar opinion when she commented that such indicators can be used to highlight the impact of policies that affect people’s food consumption. According to her, the BCI will “capture a relatable way to cover the cost of living and also investigate the merit behind politicians when they use the cost of living as a hook in their election manifesto” She further commented that “53% of Sri Lanka population can’t afford a healthy diet, That’s a huge number. We are food secure but are we nutrition secure? Kids don’t develop as they should. Trade policies should focus on the overall objective and cater to the health of Sri Lanka’s population.” Thereby highlighting the socioeconomic impact of rising food prices on the general public.

The BCI Indicator can be accessed at www.bci.advocata.org.