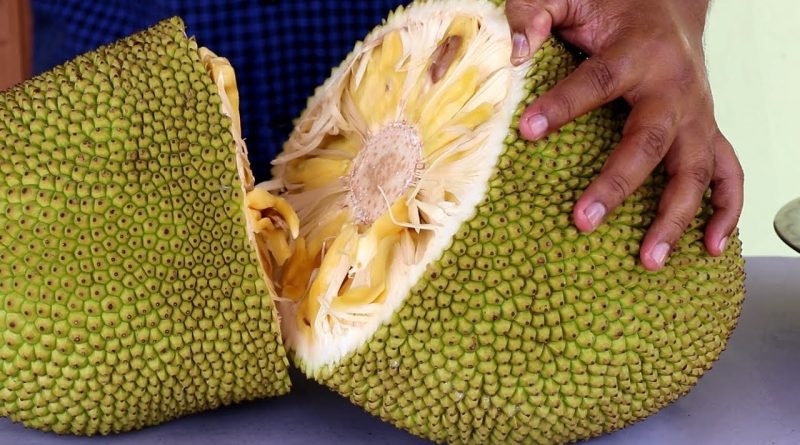 Creating pork from jackfruit: How this whole-plant start-up is taking on Asia’s multibillion-dollar meat industry

Appetite for alternative meat is growing across the globe.

As the nutritional and environmental impacts of meat consumption become better known, producers and consumers are looking to different sources to address the continued demand for protein.

One among them is Dan Riegler, whose own evolving relationship with meat inspired him to co-found Karana.

“I was very much a vegan skeptic, a meat-eater for a lot of my life, and I’ve taken a major turn,” Riegler told CNBC Make It.

A meat alternative for Asia
Karana is the Singapore food start-up positioning itself as Asia’s first whole-plant-based meat brand. Its flagship product — a pulled pork substitute — is made entirely from jackfruit, oil and salt, without processed ingredients or preservatives.

Started in 2018 as demand for meat alternatives was growing, Riegler said he saw a gap in the market for meat substitutes designed specifically for Asian cuisines.

“We saw a huge need to identify products that had more local applications for APAC,” said Riegler, now 35, who built a career working in agricultural supply chains across Southeast Asia.

“Pork is the number one meat that’s consumed in this region and that’s where we didn’t see a lot of products really addressing a need.”

Indeed, half of the world’s pork is produced and consumed in Asia, with most of that demand coming from China.

Creating pork from jack all
It wasn’t long before the pair identified Karana’s first product: a pork substitute made of jackfruit sourced from smallholder farmers in Sri Lanka.

Jackfruit has a long history in South and Southeast Asian cuisines, especially in vegetarian and vegan dishes. Known for its densely packed, fibrous texture and meat-like qualities, the unripe young jackfruit is commonly used in savory foods, while the sweet ripe jackfruit is eaten raw.

“Jackfruit, as a crop, does not need irrigation, does not need pesticides, does not need herbicides. So it’s a very hardy tree, and when it yields fruit, it’s very, very prolific,” said Carsten Carstens, Karana’s chief scientific officer and first hire.

In fact, jackfruit is so abundant in the region that tons of it go to waste every year. That is due in part to the complexity of preparing and cooking it.

“The formats that it was available in … were just not exciting to us. They were very difficult to work with, they were not yielding interesting textures and end results, and we knew that jackfruit was not living up to its potential,” Riegler said.

So, the founders set to work adapting the fruit for a mass-market — soon devising a chemical-free, mechanical process at their manufacturing hub in Singapore to transform the fruit into a shredded, meat-like product that’s simple for chefs and consumers to use.

“Our intention was really to create something that chefs can take and create amazing dishes with,” said Carstens. “For the modern kitchen in a modern (food and beverage) operation, it is just too labor-intense.”

Tapping a growing market
Karana’s invention comes as an appetite for more ethical and sustainable food grows across Asia and beyond.

Even before the pandemic, the alternative meat market was estimated to hit $140 billion — or 10% of the global meat industry — within a decade.

Mirte Gosker, acting managing director at The Good Food Institute Asia Pacific, said that demand for meat substitutes is increasing in Asia as awareness of food safety and nutrition grows.

“Here in Asia, we see a real demand for healthy products with high nutritious value,” said Gosker. “And specifically in China, one of the reasons for people to buy plant-based meat, actually the biggest reason, is the wish to lose weight.”

Moreover, she said, the environmental effects of traditional animal agriculture are becoming unsustainable.

“Animal agriculture is the top two or three contributors to the most pressing environmental challenges on our planet right now. That includes air pollution, water pollution, water shortages, and loss of biodiversity,” said Gosker.

The investment fueled the company’s 2021 debut in Singapore, where its whole-plant pork isnow available at nine restaurants and counting — in dishes from dumplings to “ngoh hiang,” a local pork roll.

Next up will be its rollout in Hong Kong, as well as the launch of a line of ready-to-cook retail products. Meantime, investment in a new innovation lab will enable Karana to experiment further with jackfruit and other whole-plant meat substitutes.

The investment fueled the company’s 2021 debut in Singapore, where its whole-plant pork isnow available at nine restaurants and counting — in dishes from dumplings to “ngoh hiang,” a local pork roll.

All that comes as the alternative meat space becomes increasingly crowded, with major players likeBeyond Meatstaking a claim to the sector.

It won’t be easy winning market share, but Riegler said he welcomes the competition.

“The more good products that are out there, the more consumers will increasingly switch to plant-based,” he said. “I think the more innovation the better.”