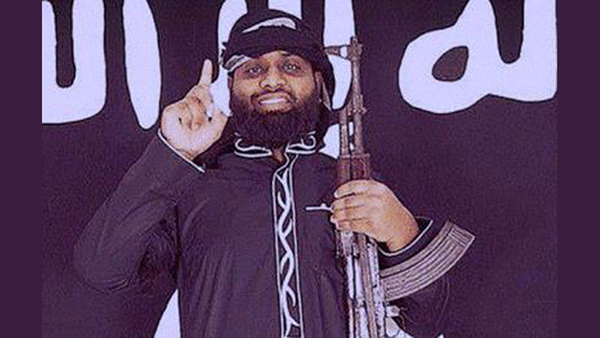 The witness, however, insisted that their delay could not be considered as having led to the attacks.

The PCoI had summoned a group of officers who handled Zahran’s file at the AG’s Department. Besides Navavi, State Counsel Malik Azeez also testified.

Chairman of the PCoI asked Navavi what the AG’s Department had done about the file on Zahran, sent by the TID for legal advice.

Navavi said that he had received the file on 07 June 2017 and he instructed Azeez, who was under him, to handle it.

Chairman of the PCoI: “Why did you assign Azeez? Was there a particular reason?

Navavi: “The file had two video clips of Zahran and his brother M.C. Zainee. These were in Tamil, that’s why I gave it to Azeez.”

However, the TID had sent Sinhala translations of what was said in the clips.

Chairman of the PCoI: “When did you pay attention to the file again?”

Navavi: “There was a meeting at the Presidential Secretariat, three weeks after the Easter Sunday attacks. The then head of the TID said they had sent a file on Zahran to us, for legal advice. Until then I had had no recollection of this file. Then I asked Azeez, who briefed me on it.’

Chairman of the PCoI again asked Navavi why he had entrusted the case to a Muslim officer.

Navai said that since the case was about Islamism, he believed it was better if a Muslim handled it.

Cross examining the witness, Shamil Perera, PC, asked if Easter Sunday attacks could have been prevented if he had taken action on the file before 21 April 2019.

Navavi insisted that he could not accept that claim.

Navavi said: “This idea became popular because it came up before the Parliament Select Committee (PSC) on Easter Sunday attacks. People started believing that if action had been taken on the file, the attacks could have been prevented. However, the investigators had not told us enough although they had ample evidence about the threat posed by Zahran to national security. So, I don’t think it’s fair to link a delay about this file to the attack. If they didn’t arrest someone for two years after obtaining a warrant, that’s not our fault.”

State Counsel Malik Azeez, who testified earlier,  said that on March 12, 2019 there had been a meeting  with several TID officers on the file and only at that point had the officers mentioned that the TID obtained arrest warrants twice to arrest Zahran.

“The arrest warrants were not attached to the file or the AG’s Department had not been informed of it until March 2019,” he said.

Azeez informed the Commission that the TID had added documents to the file twice, in 2017 and 2018. None of them included the two arrest warrants or statements recorded from Zahran’s mother and his wife.

Without such important documents, the AG’s Department officials could not detect a threat to National Security, Azeez said.

“The TID sent only some screen shots of the NTJ website and some speeches of Zahran’s brother. Along with the file the TID had attached a letter requesting legal advice on banning the NTJ website, Zahran’s Facebook account and arresting him. No proper inquiry had been conducted and there were no supporting documents. Until the consultation meeting on March 12, 2019 we had not been aware that the TID had obtained arrest warrants twice against Zahran.”

The next witness was Deputy Solicitor General Dileepa Peiris. He that a moulavi, from a group that was attacked by NTJ members at Alliyar Junction on 10 March 2017, had handed over to the AG’s Department a letter highlighting the issues they were faced with.

Peiris said he had called the OIC of Kattankudy Police on 09 November 2017 for a discussion on the issue.

“I asked him what they were doing. By that time Zahran and his supporters had fled Kattankudy. I felt that the OIC was under political pressure and was hesitant to tackle action.

Chairman of the PCoI showed Peiris the files the TID had sent to the AG’s Department on Zahran.

Chairman: “Can you tell me if you feel that this man posed any threat to national security?”

“It seems so. This is on extremism,” Peiris said.