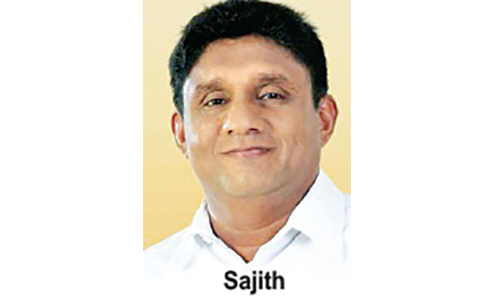 Cause of Mahara Prison riot:

The recent Mahara Prison riot erupted as 120 inmates afflicted with COVID-19 had been taken there from the Welikada prison at the behest of a Director in charge of prisoners’ health, who was a Viyathmaga member, Opposition Leader Sajith Premadasa told Parliament yesterday.

“Many explanations have been given by ministers about the riot at Mahara Prison. The number of deaths is not yet known and around 120 are wounded. One minister said that there was an invisible hand behind the clashes. Another said the motive was to bring the government into disrepute internationally. A theory was concocted that prisoners had taken some narcotic tablets called Reverse and they and fought because they wanted to see blood. But the truth is otherwise. The real cause is that 120 inmates infected with coronavirus were transferred to Mahara from the Welikada prison at the behest of a director in charge of prisoners’ health. That director is a member of the Viyathmaga. Those who were transferred to Mahara prison caused a cluster of 183 persons. As the infection spread fast there was unrest and tension. That was the reason for Mahara riots.”

He said that ministers had their own theories, but one day the truth would surface. “I hope that the ministerial committee appointed to probe the riots will conduct an impartial investigation and they will reveal the truth.”

“Prisoners have rights. I do not wish that this country would permit the perpetuation of the killing culture and state terrorism. The government members should keep in mind that there is a concept called rule of law and we all are expected to uphold it. So, we should dump those theories of Reverse tablets and strive to find the truth.”

Public Security Minister Rear Admiral Sarath Weerasekera: The health officer in charge of Mahara Prison is not a member of Viyathmaga.

Opposition Leader Premadasa: I did not say so. What I said was that 120 inmates were transferred from Welikada prison to the Mahara prison violating COVID-19 protocols. That order to transfer those had been given by a doctor who is a member of Viyathmaga. I do not mention his name. You can easily find it.

Chief Government Whip Highways Minister Johnston Fernando said that the Opposition leader talked of lofty ideals of prisoners’ welfare but the yahapalana government had failed to construct at least a single prison to ease the congestion in the prisons. “When I was incarcerated by your government, I was in a cell with 51 other inmates. There was no place to sleep. In the Kegalle prison, they put 225 in a hall enough for 50 inmates. The former government pre-occupied with the task of constructing new courts to imprison its political enemies but did not build a single prison for the benefit of inmates.”

Opposition Leader Premadasa: We did not want to build prisons, we built schools. Mahatma Gandhi has once said that when you open a single school, thousand prisons could be closed. We followed that.