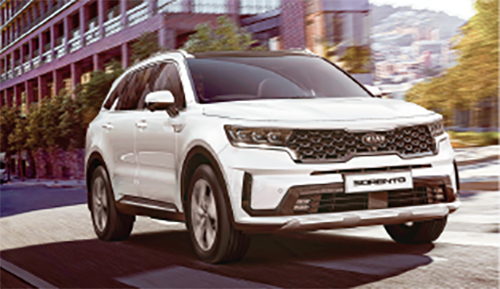 Kia’s all-new 2020 Sorento, as yet unseen on Sri Lanka’s roads, has won the illustrious German automobile prize ‘Das Goldene Lenkrad’ or the ‘Golden Steering Wheel’ awarded to new car models annually by the tabloids ‘Auto Bild’ and ‘Bild am Sonntag.’

The fourth-generation edition of the Korean nameplate’s flagship SUV defeated two premium brands, the Aston Martin DBX and BMW X6 to win this coveted award in the ‘Large SUVs’ category. In the final round of the competition, the vehicles were tested at the DEKRA Lausitzring facility, one of Germany’s most famous racetracks.

Speaking of the new Kia SUV, Tom Drechsler, Editor-in-Chief of Auto Bild said: “The predecessor was already good, but the new Sorento is an evolution. It now drives just as smoothly as it looks. There is plenty of space, smart interior details, voice control, safety features – things that can be enjoyed everywhere. And that is not just my opinion, but also that of the jury. Congratulations on a very well-deserved Goldene Lenkrad 2020.”

This is the second consecutive triumph for Kia at these awards, having received the ‘Das Goldene Lenkrad 2019’ for its XCeed compact crossover.

The new model was recognised for its modern design, innovative technologies, and ample space. At 4.81 metres in length, the new Sorento is only one centimetre longer than its predecessor. However, thanks to its new platform and increased wheelbase, it offers much more space for up to seven occupants, depending on the market. It also has one of the largest luggage compartments in its segment, up to 910 litres, depending on vehicle specification. This spaciousness is enclosed in a dynamically elegant body, which has already gained the new model the ‘All-Wheel Drive Car of the Year 2020’ (Design category) award in the renowned competition organised by all-wheel drive specialists AUTO BILD Allrad.