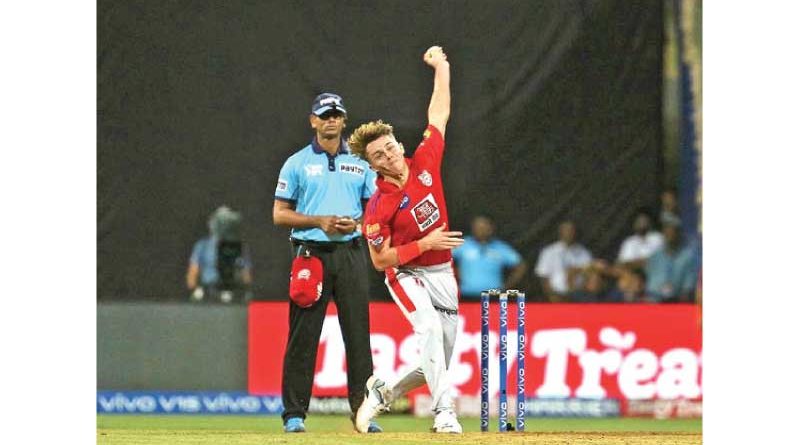 The 22-year-old Curran hit 31 after opening the batting and then returned figures of 1-18 from his three overs of left-arm pace bowling as Chennai bounced back from two losses to beat Sunrisers Hyderabad by 20 runs in Dubai. Curran, a left-hand batsman who was brought by Chennai for $742,000, gave the team a brisk start in his 21-ball knock before Shane Watson, who scored 42 coming one down, and Ambati Rayudu (41) guided the team to 167 for six.

Curran then shared the new ball with Deepak Chahar to breakthrough with the big wicket of skipper David Warner, caught and bowled for nine, as Hyderabad managed just 147-8.

“Curran is a complete cricketer for us and you need that seaming allrounder. He strikes the ball nicely, he can bat up the order, he plays spinners well,” Dhoni said of his team’s youngest member. “He can give us those 15-45 runs if you need momentum. I feel as the tournament progresses, he’ll get even more comfortable with death bowling. That’s one of the reasons we kept him away at the death.”

Dwayne Bravo bowled the final over of the match and returned figures of 2-25 as Chennai moved level with Hyderabad on six points from eight games in a tough first half of the Twenty20 tournament in the United Arab Emirates.

Curran, younger brother of Tom Curran who plays for Rajasthan Royals, has proved his worth for three-time IPL winners Chennai while batting in the top, middle and lower order.

“In terms of his contribution so far it has exceeded, I think, what we wanted. Probably not in his eyes because he is very competitive,” Chennai coach Stephen Fleming told reporters in the post-match virtual chat.

“Every time he has had the challenge he has risen to it. He has been desperate to make a difference and I think we saw a glimpse today of what he can do for us in the future.” Ravindra Jadeja also contributed with an unbeaten 25 off 10 balls and returned to take the key wicket of England’s Jonny Bairstow, bowled for 23, with his left-arm spin.

“This was one game as close to perfect as possible. One or two overs we could have been slightly better, but it was a very good game,” said Dhoni.

New Zealand’s Kane Williamson struck 57 off 39 deliveries but his first half-century of the season went in vain as Hyderabad kept losing wickets. AFP