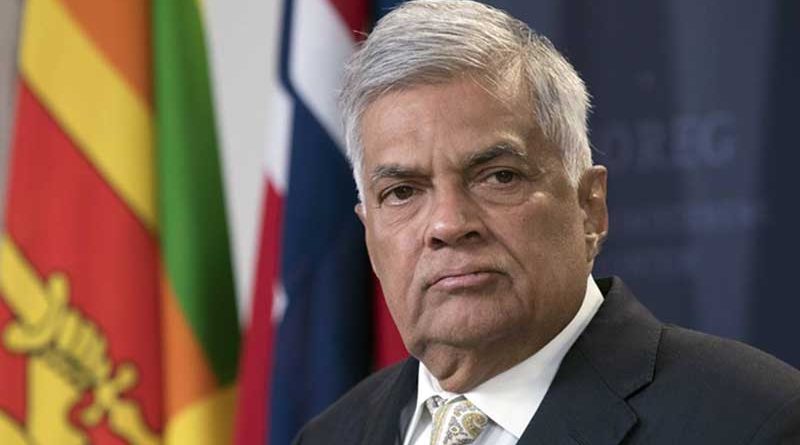 Local intelligence agencies had no reason to doubt the intelligence information received in advance from an Indian source about a possible terror attack, former Prime Minister Ranil Wickremesinghe told the Presidential Commission of Inquiry (PCoI) Probing the Easter Sunday terror attacks on Tuesday (13).

He said a responsible Government like India would not issue such critical alerts in vain, as it is possible to have bad consequences for the bilateral relations if such an incident did not take place.

During his talks with Sri Lanka’s Indian High Commissioner soon after the attack, the envoy ensured the validity of the intelligence information given to Sri Lanka by his country and said Sri Lanka was alerted three or four times about this attack, Wickremesinghe said.

doubts regarding this foreign information, while a series of connected incidents such as vandalizing the Buddha statues in Mawanella, discovering explosives from Wanathawilluwa and a motorbike blast as a dry run in Kattankudy had taken place, the ex-Premier replied “they cannot”.

“If there was a problem regarding this information, they could have talked with the Indian source to get it verified,” the former Prime Minister said.

Meanwhile, responding to the claim by former President Maithripala Sirisena that Wickremesinghe opposed the ban of the ‘Niqab’ dress worn by the Muslim women in the country, the witness said he expressed his objection to that suggestion made by then Army Commander at the National Security Council (NSC) as such a move could discourage the Muslim community from providing secret information on Islam extremism to the government.

He said due to communal riots of 1983, the Tamil people were reluctant to provide information about the LTTE to the government. It took more than two years to restore their confidence in providing information. Such a situation would have been created if the ‘Niqab’ was banned.

He also said there was no political influence that prevented extremist leader Zahran Hashim from being arrested.

Also, the former Prime Minister told the PCoI that there were no serious conflicts between the two major factions of the Good Governance government other than the normal problems that any government encounters.

When the Commission questioned him regarding the conduct of the National Security Council on a weekly basis, Wickremesinghe said there were no regular weekly meetings under the Maithripala Sirisena Government, which had earlier been a custom since the J.R.Jayewardene Government.

However, he said under the previous President the NSC meetings were not called in a proper manner or scheduled properly, which were called with a minimum 24-hour prior notice. He said if there was no emergency situation in the country, the NSC should have held at least a meeting every two weeks.

“Calling such meetings every week is more appropriate though,” he added.

Finally, Wickremesinghe was asked what he would propose to restore the reconciliation that was destroyed after the Easter Sunday terror attacks in the country. He replied that community groups that are against extremism should be strengthened. This should be done with those who are following the middle path but, this will not be an easy task.

“In Sri Lanka, there is a foundation that makes this possible. The conduct of the religious leaders including the Archbishop in the post-attack era was very helpful to move the country forward. That is why I said there is a basis for this. We should promote the Sri Lankan identity,” Wickremesinghe further added.