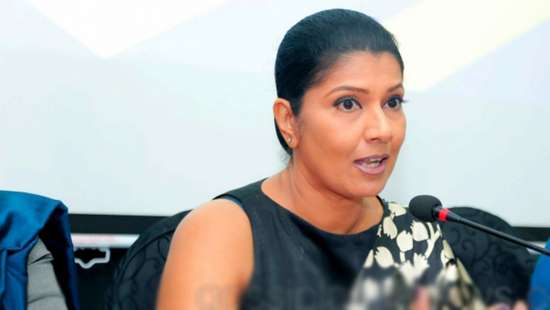 Sri Lanka Cricket (SLC) will focus its attention on the grassroots level of Women’s cricket by forming an Under-19 team – a first for the Women’s game in the country.

This comes following the International Cricket Council’s (ICC) decision last year to conduct an Under-19 Women’s World Cup, originally scheduled for 2021 but now moved to 2023.

“Previously our pathway for Women’s cricket only included an Under-23 Emerging Squad, which was a also a development team for the National Squad but with the ICC organising this World Cup, we have added more focus to junior cricket,” SLC’s Women’s Cricket Coordinator, Apsari Tillakaratne told the Daily Mirror yesterday.

Part of the plan would be to introduce Under-15 and Under-17 Teams in preparation for that tournament, which will also draw from the expertise of the Head of National Development, Tim McCaskill.

“Eventually our plan is to form an Under-19 pool,” Tillakaratne said. “But first we need to indentify the talent and have them work with the District and Provincial coaches. But to form a pool we need the players.”

The immediate focus will, therefore, be to encourage Girls’ schools to play cricket.

“Even if it’s softball cricket we want to encourage Girls to take up the sport. We aim to provide an equal opportunity for everyone. We have much talent in the outstations and need the support of the schools to not only play the sport but to also send Girls for our District and Provincial tournaments,” Tillakaratne said.

A focus on junior development will surely come as a boon to the Women’s game in Sri Lanka which has suffered from a run of poor results in the last four years. In June this year, SLC chose not to extend the two-year contract of then Women’s National Team Head Coach, Harsha de Silva, appointing former Test cricketer, Lanka de Silva as an Interim Coach, after a poor run of form.

Harsha himself took over following a similarly poor return of results under his predecessor, Hemantha Devapriya.

SLC have advertised on their website for a coach for the Under 19 Women’s team, seeking a former Test or ODI cricketer, with a National Level-3 coaching qualification, to fill this role.