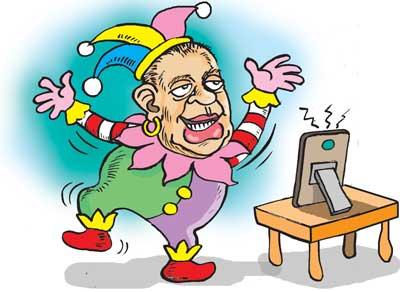 Mangie is said to be enjoying his retirement from politics to his heart’s content, they say.

Some politicos take to book-writing after retirement. However, Mangie is said to have taken to a pastime that none of his tribe on retirement had ever thought of tik-toking.

He is reportedly playing tik-tok to the melodies of various songs. Those close to Mangie are said to be surprised that he has taken to the latest rage that has drawn much criticism from some quarters. However, he has become the most popular Tik-Tok star these days, they say.