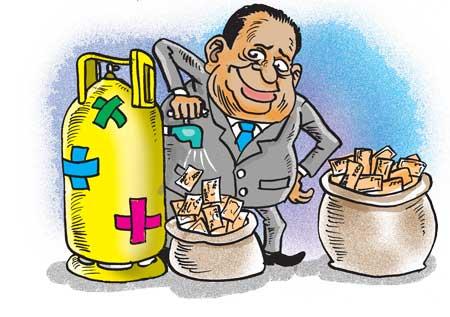 There is a professional who held the highest position in a financial institution during the former regime. In fact, he should get the credit for the billions of rupees in profits made by several institutions that functioned under his stewardship.

However, he got implicated in a court case during the days of yahapalanaya and spent time in the state lodge in the company of person who happens to be a top authority in the present regime.

However, he was later acquitted and discharged.

The present regime assumed office a few days later, and he had thought the new administration would offer him a suitable job as means of his livelihood at least by way of making amends for the wrong done to him during the previous regime. He was nominated for some high positions but nothing materialised.

Jobless, and cooling his heels at home he was invited to function as the chief executive of a large firm which was deep in the red. This professional had not readily accepted the invitation as a big gun of that firm had hurt him when he was in deep trouble. However, he accepted the post offered after the big gun apologised to him and appealed to him to let bygones be bygones.

The loss-making enterprise begun making profits within months under his stewardship, they say.

“Had I joined the state sector, my pay would have been two to three lakhs but today I am receiving much more than that,” said this successful business executive.