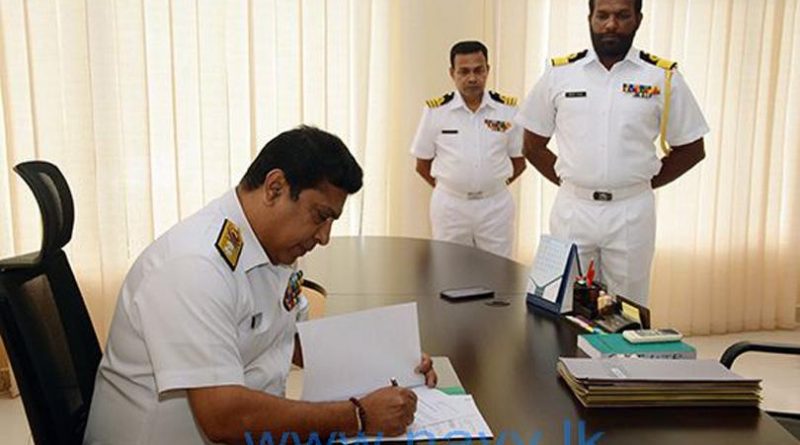 The incoming Commandant was warmly received to the Volunteer Naval Force Headquarters according a Guard of Honour in compliance with naval traditions. Subsequently, the duties of the appointment were officially handed over to the new Commandant by his predecessor, Rear Admiral Upul De Silva.