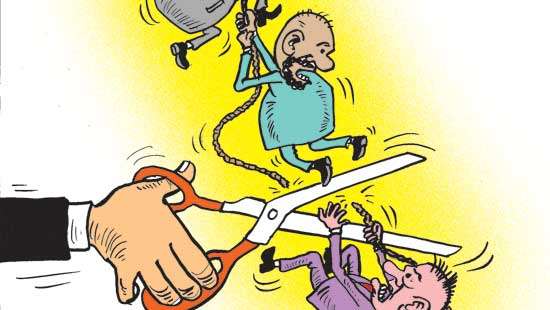 The heads of some persons appointed to high posts in the government since its taking office in November have now begun rolling. They had been asked to go as their performance had fallen far short of expectations, they say.

Seven to eight high-ups holding secretarial status had got the chop at the first round. Several more are due to get the walking papers after the upcoming general poll.

Some of those holding top posts in the state corporations, other statutory bodies and financial institutions are to get the chop at the next round following the general poll, according to our sources.

A number of establishment heads who dragged their feet when asked to expedite state relief to the public and the business community greatly affected by the Coronavirus are among those destined for the chop.

However, the names of some secretarial ones often being bandied about in the social media these days are not on the blacklist, informed sources say.