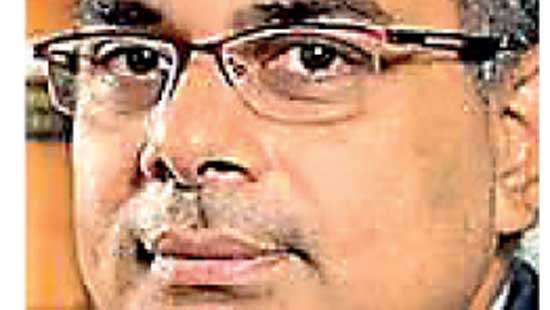 Sri Lanka may benefit from an early buyback of US$1 billion dollar-denominated international sovereign bond (ISB) maturing this October, although buying back ISBs which are maturing in medium to long-term remains unfeasible considering the country’s limited foreign exchange reserves, an economist opined.

Currently, Sri Lanka has US$ 15 billion dollar-denominated ISBs to settle until 2030. The most near term ISB worth US$ 1 billion is trading at around 14 percent discounted rate while the remaining ISBs are trading at 40-50 percent deep discounts in the secondary market amidst default fears which were heightened with COVID-19 impact on the economy.

Further, the coupon payments on outstanding US$ 15 billion are estimated to cost US$ 1 billion per annum.
In a bid to reduce the country’s external debt repayment, two figures from Sri Lanka’s business community recently proposed the government to work with the International Monetary Fund (IMF) and setup a sovereign special purpose vehicles to buyback part of the US$ 15 billion ISB (maturity of 2022-2030) currently trading at deep discounts of 40-50 percent.

They believed that it would help the government to reduce external listed debt at a deep discount.

However, speaking to Mirror Business, JB Securities CEO and economist Murtaza Jafferjee pointed out that buying back ISBs maturing in medium to longer term is less sensible given the country’s limited foreign exchange reserves, which was at about US$ 7.2 billion at the end of April.

Further, he noted that the IMF is unlikely to agree for such a proposal as it may be beyond the multilateral lender’s mandate.

Jafferjee opined that the government could buy back the US$ 1 billion ISB maturing this October, which could potentially result in a US$140 million saving.

“There’s merit in buying the bond maturing on 20th of October, because it’s more near term. However, it’s unlikely that many people will sell as they assume the government has sufficient reserves to pay it back,” he said.
He predicted that the government may be able to buy back 10 percent of these bonds trading in the secondary market.

During 17th March to 19th May, over US0$ 450 million worth Sri Lanka’s issued ISBs were traded in the secondary market at discounted prices.

Meanwhile, he asserted that the government’s main focus should be on restoring investor confidence in order to roll out future bond maturities.

“Our issue is with re-issuances as new issuances are priced from secondary market. Therefore, our objective should be to get our bonds back to US$100, otherwise it would be very difficult to access the market. The way to do that is by restoring the investor confidence,” he elaborated.

In this regard, he noted that holding the delayed parliamentary elections and presentation of the national budget remain crucial.

“We have to get the elections done, because there is a question mark as to whether the government has a right to borrow or spend. After elections, we have to get a budget passed and we will have to reverse some of the tax cuts announced late last year as any potential lender to us will evaluate if the government collects sufficient taxes to meet future debt obligations,” he elaborated.

Further, he emphasised that high economic growth is also crucial for tax collections.

“If we can get the tax to GDP ratio back to 14 percent, the investors will become less jittery and have more confidence and the ratings can be improved, and then the stability will come,” he added.

So far, two rating agencies have downgraded Sri Lanka’s sovereign rating on the country’s weakened fiscal position amid COVID-19 recession while predicting State revenue to decline to below 10 percent of GDP this year.
The government has been engaging with multilateral organisation such as the IMF, ADB and WB as well individual countries such as India and China to raise funds to meet debt obligations without pressuring foreign preserves.
In addition, measures have also been taken to restrict non-essential imports to reduce the outflow of foreign exchange, although the move is also expected reduce State revenue further.

Despite such developments, First Capital Research recently forecasted that the country’s foreign reserves could fall to US$ 5.5 billion at the end of this year as the government would have to partially finance foreign debt obligations utilising foreign reserves this year.