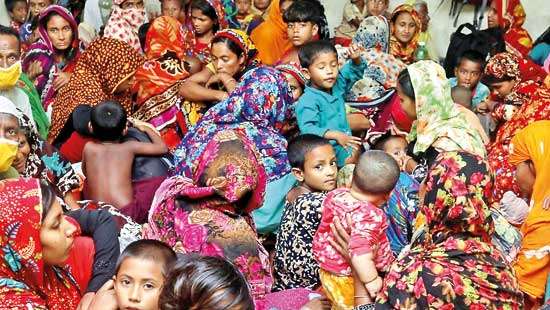 Millions of people battened down Wednesday as the strongest cyclone in decades slammed into Bangladesh and eastern India, killing at least three and leaving a trail of devastation.

Authorities scrambled to evacuate more than three million people from low-lying areas, but the task was complicated by the need to prevent the spread of coronavirus.

In Bangladesh officials confirmed three deaths including a five year-old boy and a 75-year-old man, both hit by falling trees, and a cyclone emergency volunteer who drowned.

Two other fatalities were reported by Indian media, including an infant crushed when the mud wall of the family’s hut collapsed in heavy rain in Odisha state.

Houses “look like they have been run over by a bulldozer”, said Babul Mondal, 35, a villager on the edge of the Sunderbans, a vast mangrove forest area home to India’s biggest tiger population.