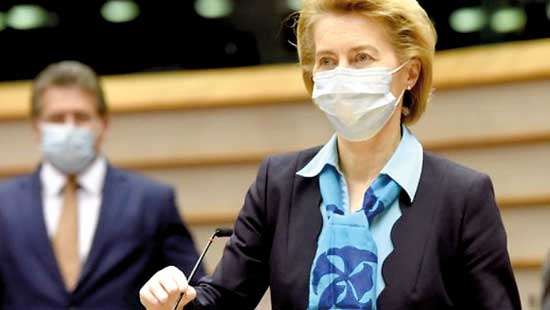 The World Health Organisation (WHO) must be strengthened in the face of the coronavirus pandemic, European politicians leaders said on Tuesday after US President Donald Trump threatened to stop funding the UN agency.

“We stress the central role of the WHO in managing international health,” German Foreign Minister Heiko Maas said.

The global health system should be improved by “strengthening the role of the WHO,” said Italian Prime Minister Giuseppe Conte.

Trump threatened to permanently pull funding from the WHO, and to consider a US exit from the UN health agency if it does not commit to “major substantive improvements” within 30 days.

Washington provides between 400 and 500 million dollars a year to the WHO budget of nearly 3 billion dollars.

In a four-page letter to WHO director general Tedros Adhanom Ghebreyesus, Trump set out what he called “repeated missteps” by the organisation.

Trump claimed that the WHO shares responsibility for the large number of deaths in the Covid-19 crisis. He charged that mismanagement on the part of the WHO and reliance on information from China had dramatically worsened the epidemic and spread it globally.

Italy’s Conte offered a different explanation for the current situation.

“Let’s face it, we were not entirely prepared for such a huge global crisis,” he said about the world’s response to the pandemic.

Tedros did not address the US accusations in his final speech of the WHO conference, but he thanked countries for expressing support for the WHO.

“We will continue providing strategic leadership to coordinate the global response,” Tedros said.

WHO member countries adopted a resolution on Tuesday to review the agency’s and the world’s response to the pandemic.

Tedros reiterated that he would launch this effort to learn lessons from the crisis at the earliest possible time.

“We want accountability more than anyone,” he said. “Learning lessons is in the WHO’s DNA.”

The resolution also demanded that any future vaccine and medication for the novel coronavirus must be made available cheaply to the world “as a global priority.”

The resolution “calls for the universal, timely and equitable access to and fair distribution” of medical products to fight the coronavirus disease Covid-19.