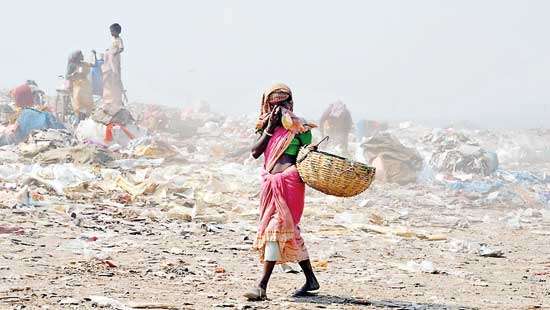 The world’s progress in eliminating poverty is set to suffer a major setback due to the Covid-19 outbreak, forcing more people to survive on less than $1.90 per day, the World Bank has said in its recent report.

“The pandemic and shutdown of advanced economies could push as many as 60 million people into extreme poverty – erasing much of the recent progress made in poverty alleviation,” World Bank Group President David Malpass said. According to him, the unprecedented crisis could wipe out up to three years of progress in the area.
The pandemic has been ripping through the global economy, which is set to fall into a deep recession and contract by up to five percent this year, the Washington-based institution said.

Last month, the bank said that the virus-triggered economic turmoil is likely to cause the first increase in global poverty since 1998, when the Asian Financial Crisis hit. Even under the bank’s best estimate, some 49 million people will fall into extreme poverty, which it defines as living on less than $1.90 per person per day.

To help combat the deadly virus, the World Bank has offered financing emergency programs in 100 countries. In the “largest” crisis response in the Bank Group’s history, the program unlocked $160 billion in grants and financial support over a 15-month period, as well as the suspension of bilateral debt service payments. The bulk of the financial help will go to Sub-Saharan Africa, as it is expected be the region hit hardest in terms of increased extreme poverty.

Most international financial institutions have already sounded alarms over the devastating impact of the coronavirus pandemic, with some forecasts indicating that the global gross domestic product (GDP) could fall nearly 10 percent. The UN had earlier warned that the virus could also trigger a global food shortage, while its labor agency forecasts that 195 million jobs could be lost worldwide.