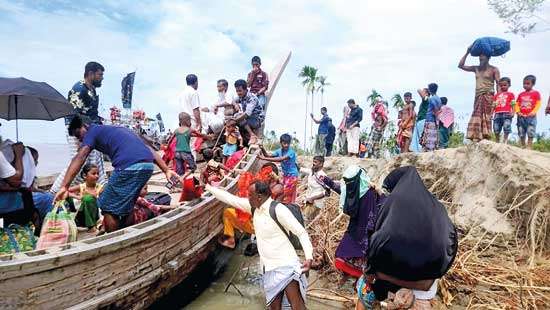 Millions of people were being moved to safety as one of the fiercest cyclones in years barrelled towards India and Bangladesh on Tuesday, but with evacuation plans complicated by coronavirus precautions.

“Amphan” is expected to pack winds gusting up to 185 km (115 mph) when it hits eastern India and Bangladesh on Wednesday afternoon or evening, and with a storm surge of several metres, forecasters said.

Bangladesh authorities fear it will be the most powerful since cyclone Sidr devastated the country in 2007, killing about 3,500 people –mostly due to a deluge of sea water sweeping in.   Junior Disaster Management Minister Enamur Rahman said Tuesday that they have already evacuated several thousand people from low-lying areas.