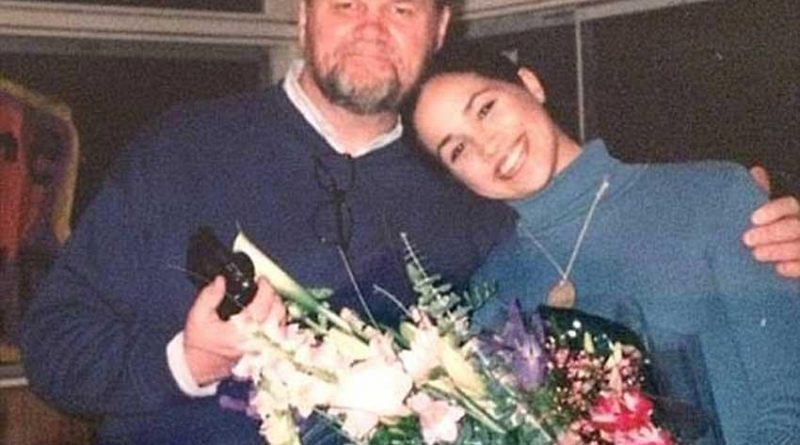 Meghan Markle has launched a legal action against the British press after her father Thomas (pictured together) shared a letter she sent him after the royal wedding. (DM)

(UK, (Daily Mail), 1 May 2020 –   Meghan Markle’s legal battle with the British press suffered a body blow today after large parts of her case against the Mail on Sunday were dismissed as ‘irrelevant’ by a High Court judge including her claims of a malicious media ‘agenda’ against her.

Mr Justice Warby has also ‘struck out’ her allegations that journalists had acted dishonestly and had caused the rift between her and her estranged father Thomas by ‘digging up dirt’ to portray Meghan in a ‘negative light’.

The Duchess of Sussex, 38, is suing Associated Newspapers over an article which reproduced parts of a handwritten note she sent to Mr Markle, 75, in August 2018, three months after he was unable to walk her down the aisle following a heart attack.

The former Suits actress claims her father’s decision to make the letter public in February 2019 – days after he was ‘vilified’ by five of her closest friends in a US magazine – had breached her privacy, copyright and data protection rights in a case now dubbed
‘Markle vs Markle’.

Associated Newspapers will also ask the Duke and Duchess of Sussex to pay their costs of in excess of £50,000 after the couple refused their offer to deal with the issue
out of court.
Today’s ruling is a stepping stone to a full