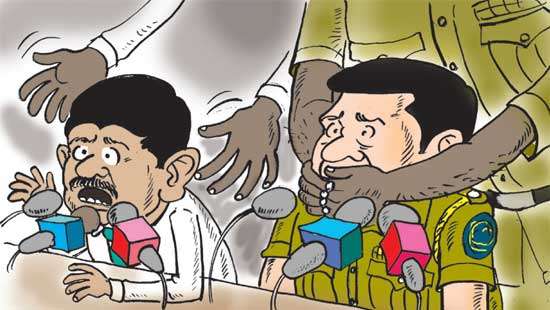 In the midst of the battle against the Coronavirus, the cut-throat game had begun in some top government institutions, they say.

Some white-collar high-ups in a race to win brownie points with an eye on a higher post are said to be thick in the cut-throat game these days. The name of a medical high-up in the health sector is being often mentioned in this regard.

This medical high-up is reportedly shouldering the responsibility of conducting investigations aimed at detecting the new infected cases. He is said to be telling the gents and ladies of influential families that he could acquit himself much better in the post of Director General. However, luckily, the current holder of this highest post in the department is enjoying the confidence of the authorities in the highest echelons, they say.

Meanwhile, the highly popular spokesman on Corona in the khaki-suit department has suddenly faded from the scene. An order had come from up above saying that the official spokesman only could speak to the media on Corona hereafter, they say.

Did somebody resent the popularity he was gaining?